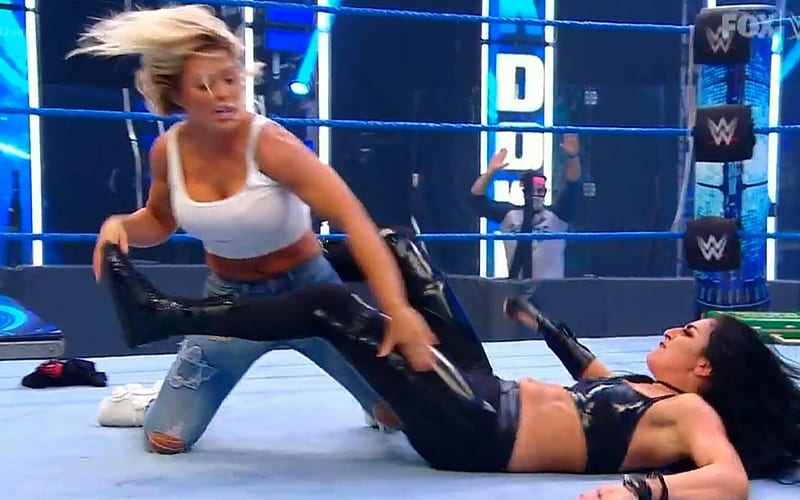 Mandy Rose was jumped by Sonya Deville backstage last week on Friday Night SmackDown. She didn’t stay off television for long, but she looked a bit different this week.

The Miz and Morrison now have Sonya Deville by their side. This new heel team antagonized Heavy Machinery this week until a match was booked later in the night. As Deville stood at ringside, Mandy Rose ran down with shorter hair and took out Sonya Devillle.

The two brawled around the ring and eventually caused a DQ when their brawl spilled into the ring. It appears that WWE is going for a hair match at SummerSlam as Ringside News exclusively reported.