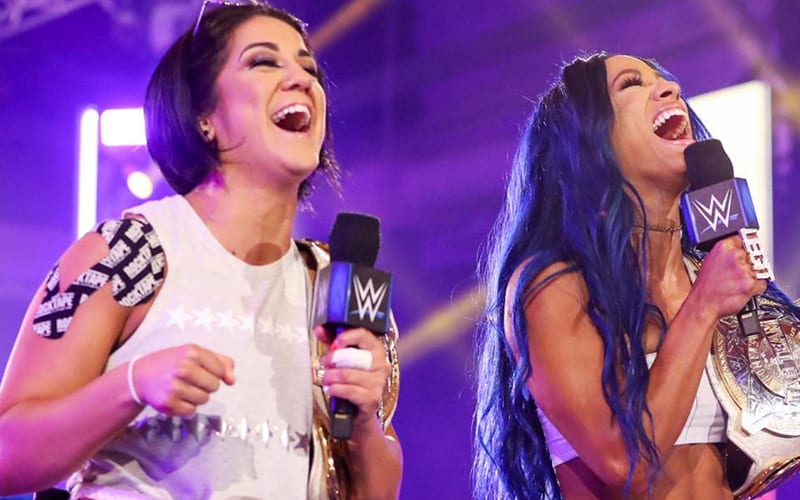 While some doubted her ability to carry the title for this long initially, and others felt as if she wouldn’t work as a heel, Bayley has been able to prove a whole lot of people wrong during her latest stint with the SmackDown Women’s Championship.

She’s now held onto the title for over 300 days, and in that time she’s been able to add the Women’s Tag Team Championship into the mix alongside her best friend Sasha Banks.

As you can probably imagine, Bayley wasn’t shy about discussing how successful the last year has been for her on social media.

While many fans are simply waiting for the inevitable showdown between Bayley and Sasha Banks, others are simply enjoying the content that they’re putting out together.

We haven’t seen a strong female duo like this in quite some time, and long may it continue.