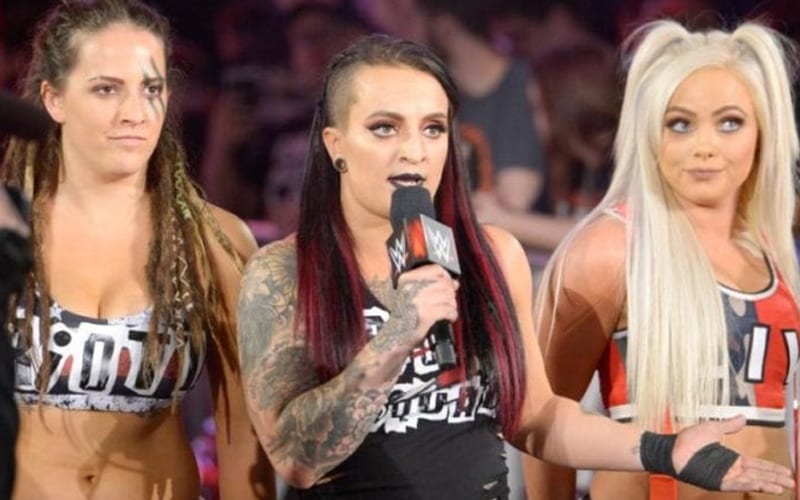 WWE RAW was a big deal for fans of the Riott Squad this week. Liv Morgan and Ruby Riott finally ended their long storyline and they are reunited once again. This was a moment on television that also came with a blessing from Sarah Logan.

Ruby Riott and Liv Morgan are back together. While Riott spoke to WWE The Bump, she revealed how important it was to get Sarah Logan’s blessing.

“Having her blessing was very important because she’s an integral part of the Riott Squad and you know she is going on doing bigger and amazing things and becoming a mother and you know I’m so happy for her to be able to do that. So, having her blessing was very important with us reuniting and everything. Obviously down the road we can hope and pray that you know the Squad will be reunited in its entirely, but right now just being able to gain Liv’s trust back is my #1 priority and seeing us as a team become something new and more successful than we’ve ever been.”

Logan is no longer with WWE and she’s expecting a baby with her husband Erik of The Viking Raiders. This is an exciting time in her life’s journey, but she is still likely very happy to see her two friends back together on television.

Ruby Riott isn’t giving up hope that the Riott Squad will be back together eventually. In the meantime, they are in much different places.