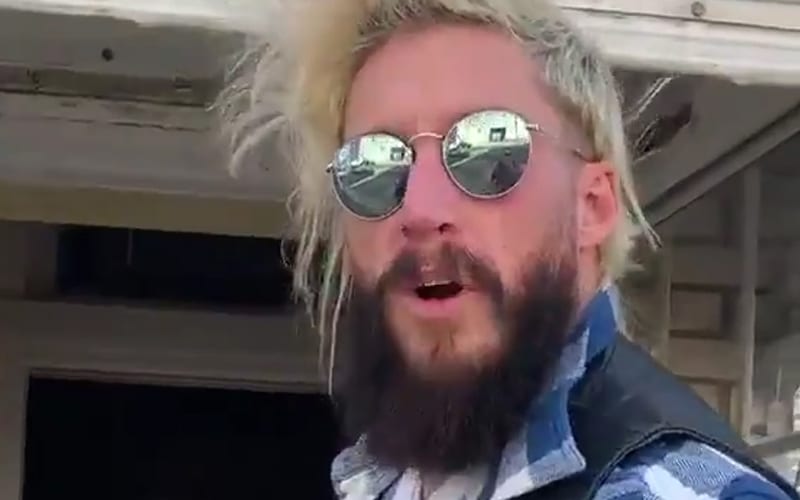 Enzo Amore hasn’t been wrestling much recently, but he’s working on some big things. His recent appearance at Talk ‘N Shop A Mania wasn’t the last time we’ll see him in a pro wrestling ring.

NZO already provided an update on his old friend Big Cass. He said that CazXL is in the best shape of his life. We’ll have to wait and see how long it takes for him to return to the pro wrestling world’s hot spotlights.

While speaking with Busted Open Radio, Enzo Amore stated that he’s working on some “f*cking monumental” things right now. He didn’t reveal exactly what’s going on, but fans should probably expect for NZO to start making some noise soon enough.

“You know Big Cass’ trials and tribulations? You know like they…they way down, you know? A lot of what it is that I wanted to achieve in pro wrestling at that time and where my head was at? We were planning on doing together, as opposed to now ‘okay Eric you’re on your own again. What are you going to do? how do you see yourself getting involved in the forefront?’”

“I can say like as far as pro wrestling goes? I’m working out some things right now that are f*cking monumental. Things that the world is not gonna see coming from a million miles away. Something that I’m working on that’s going to be very unique, that I just can’t give any details about.”

“And I don’t want to blow any smoke up anybody’s a**. But we’ll see what happens…when it happens. Bottom line is, wrestling is a part of me. But, I couldn’t bring myself in this present climate to get out there in front of no fans. I don’t want to say rest assured, but I can almost guarantee to you that you won’t see me pop up unless there’s a big ass crowd there, because I’m out.”

NZO is also active with his music career. We highly suggest that you check out his COVID-19 Anthem.

There are not that many options available right now. More possibilities will open up as the world starts to proceed following a pandemic. In the meantime, NZO is doing what he can to keep the hype up for whatever he’s working on next.