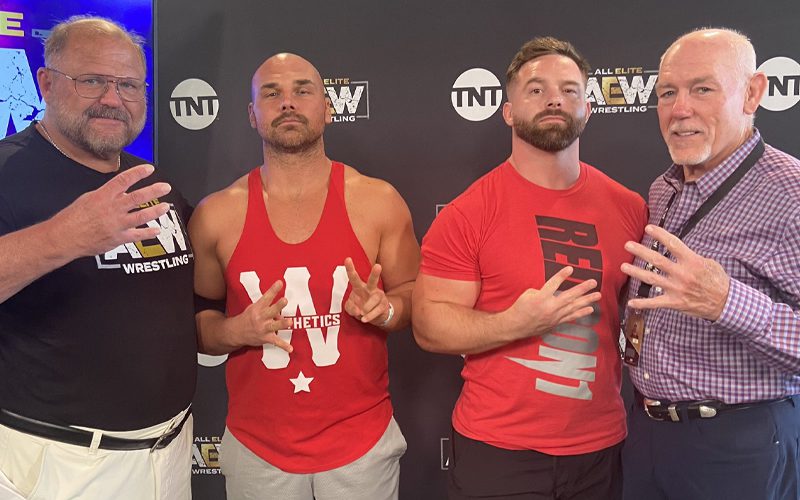 FTR is a tribute to past generations of tag team wrestling, and they want to maintain the history of the profession. This includes following the rules. Many fans have wondered what a showdown between FTR and Arn Anderson and Tully Blanchard would be like, unfortunately, we’ll never know.

Arn Anderson gave some idea about how a match against FTR would go during the ARN Show. “Well, we could start off as the heels, but I’m pretty sure, pretty quickly, they would be,” The Enforcer stated.

Sadly, a match against FTR isn’t possible. Anderson stated that he’s “immobile,” this is due to the damage he’s done to his body through years of putting people on their backs with a career’s worth of spinebusters in the ring.

“Well, I wouldn’t even consider if it happened now. Because what would have to happen if we had the match now is I would have to literally stand in the middle of the ring and they would have to bounce off of me. I’m that immobile.”

AEW is putting out a video game. It’s not impossible to imagine that Arn and Tully could be a part of that endeavor. Perhaps FTR vs the Horsemen is a possibility, but it will only be in the virtual world.