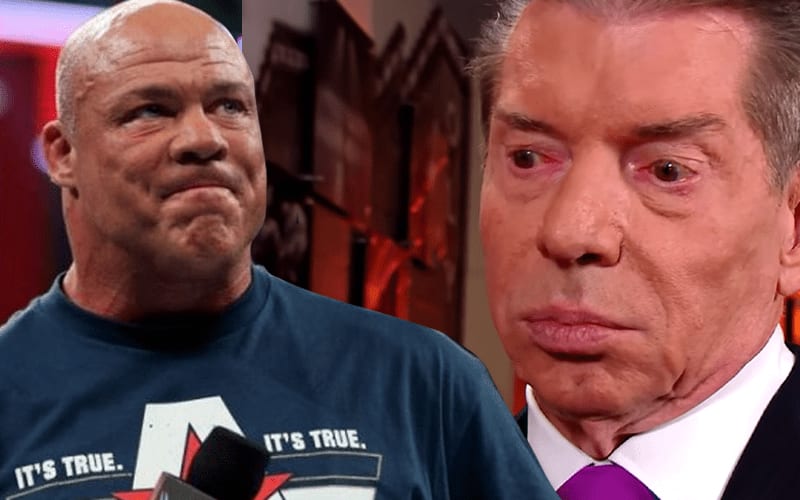 Kurt Angle’s WWE Hall Of Fame career didn’t end the way he wanted it to. He wrestled Baron Corbin at WrestleMania, but he would have rather wrestled John Cena.

While speaking with Instinct Culture, Angle recalled how his final pro wrestling program started. He was told that Corbin was going to be his opponent, but he asked Vince McMahon to reconsider.

McMahon apparently then told Angle that he can have his match against John Cena… next year. After Angle informed McMahon that he is retiring, McMahon told him he’ll have to settle.

Vince McMahon told me I had a program with Baron Corbin and I told him I wanted to retire at WrestleMania this past year and he said, ‘Well, you’re gonna wrestle Baron Corbin ‘cause you’ve had a program with him for the last several months.’ I said, ‘Vince, I want to retire. Baron’s a great talent but he’s an upcoming talent, how about John Cena?’

Kurt Angle was part of the releases on April 15th. He is quite happy as he is now starting a new chapter in his life. He can look back at his pro wrestling career and feel a lot of pride. He still might have rather wrestled a different opponent in his final match.