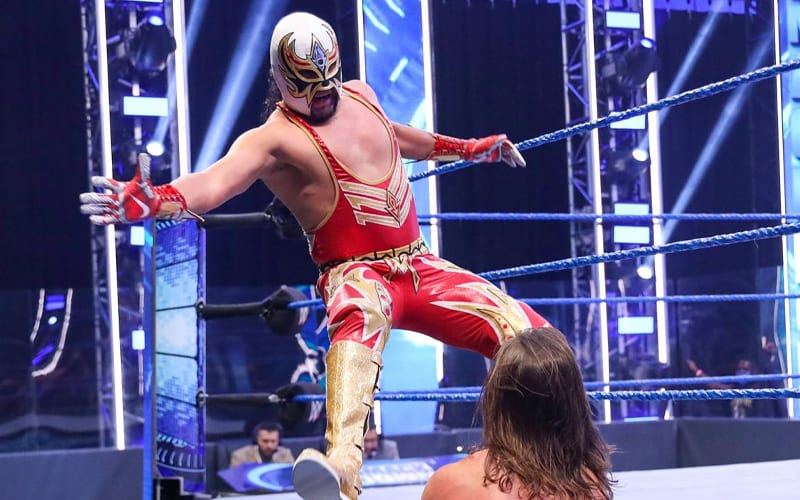 WWE Friday Night SmackDown saw AJ Styles defend the WWE Intercontinental Title against Gran Metalik. The match was an excellent chance for Metalik to showcase his abilities on a big stage, but why was this call made?

It was previously reported that Daniel Bryan was pulling hard for the undercard to be utilized. While that might be true, we have been given an interesting reason why Gran Metalik was in that IC Title match.

The way it was explained to us, the pull to have Gran Metalik in the IC Title match was because Prichard “tried to appease the sheet readers by putting him in the match with AJ.” It was also said that WWE “tried to end the discussion” by beating Gran Metalik.

Daniel Bryan might have some pull to utilize the undercard, but we were told there was a different agenda behind booking Gran Metalik in this situation.