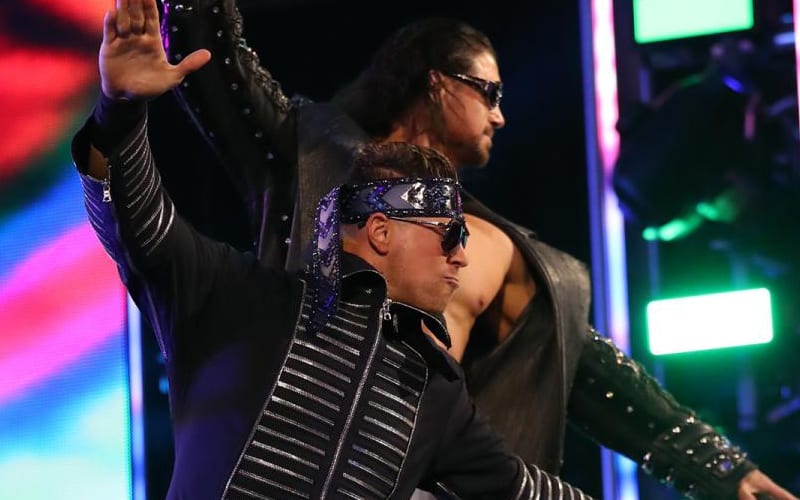 John Morrison’s return to WWE was exciting for a lot of fans. His friends in the company were also very glad to see him return. The Miz also jumped at the opportunity to work with his old friend on television once again.

The Miz and John Morrison have experienced a lot of success since his return. According to The Miz, teaming with the Guru Of Greatness only makes him better.

While he spoke to Booker T’s Hall Of Fame podcast, The Miz opened up about how great it is teaming with John Morrison at this stage of their careers. They are able to play off each other just like the old days and achieve that comfort zone necessary to really feel free to entertain.

“It’s what I wanted. Anytime I have an opportunity to be around John Morrison, I’ll take it,” The Miz stated. “He’s my best friend, and honestly, like, we talk every day. He just makes me better.

“He has an out of the box type of mind. It’s very artsy, and he just knows how to put together a match, but then he’ll go in these way out of weird things. And I’m like, ‘that’s not going to work’ It’s great, but he just takes me out of my comfort zone. And sometimes, you need that in WWE.”

We’ll have to see if Miz and Morrison end up as tag team champions once again. WWE could also split them up eventually and have the two good friends feud.

Miz and Morrison seem to have a lot of options open for them. The Miz certainly seems happy to have the opportunity.