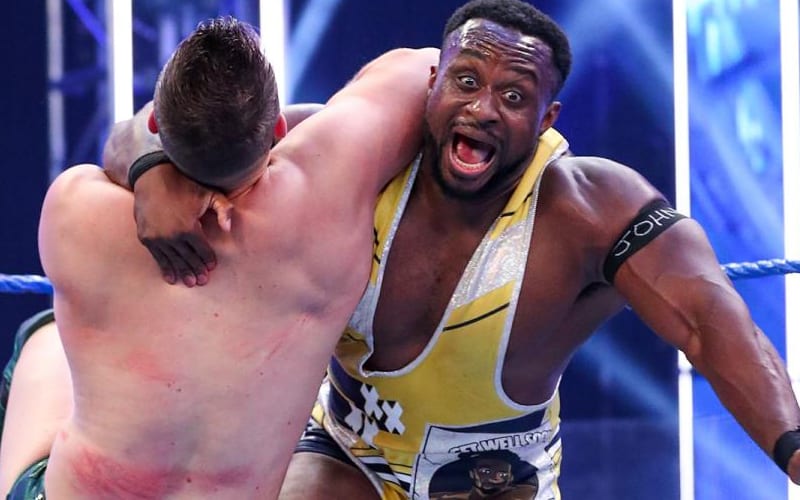 Big E has about six weeks by himself on SmackDown. Kofi Kingston is taking a hiatus, and Xavier Woods is still out of action with an Achilles injury. This leaves Big E to fight on his own, and he’s ready for it.

WWE was thinking about pushing Big E as a singles star for quite some time. Vince McMahon has always seen something special in him. There were even plans for a heel turn last year as Ringside News exclusively reported. Now Big E has a chance to break out on his own without dropping the New Day gimmick.

Big E defeated The Miz on Friday Night SmackDown this week. Click here for that full coverage. While speaking with Yahoo Sports, Big E revealed that this singles run came out of nowhere for him, but he’s going to make the most of the opportunity.

“This is all kind of coming out of nowhere. I feel confident that I am ready for this. The interesting thing and weird thing is we don’t have that organic response. I hope people enjoy this run, I hope it’s good and entertaining, I hope all of the people who have clamored for this for years are not disappointed.”

Big E won his first singles match during this run. We’ll have to see how far he will be able to go during this new push. They are certainly telling a story on television that makes it seem like he is branching out and facing all obstacles in his way.

Do you think Big E needs to drop some of the New Day elements like Booker T suggested? Sound off in the comments below!