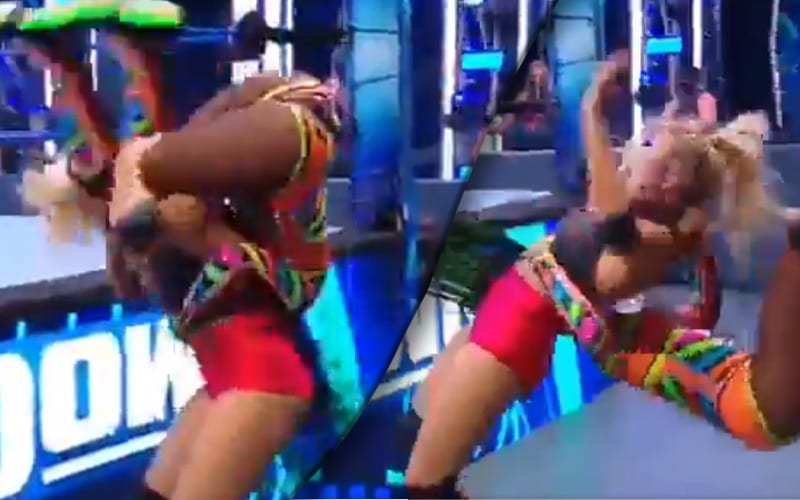 Naomi deserves better according to a lot of fans. She had a match against Lacey Evans on SmackDown this week, but one move during that match got a lot of attention for the wrong reason.

Naomi and Lacey Evans tried for a move off the apron, but it didn’t work out at all. Instead, it turned into a dangerous botch. Naomi saw a clip of this move and she explained what they were trying to do in her own way.

It’s just a sliding blockbuster not a Canadian Destroyer, not something I tried to copy from someone else, just a move I thought of bc I like doing blockbusters and wanted a different way to do it but anyway I’ll improve it

Naomi was absent for months before returning and getting limited airtime. Then she received a lot of attention as #NoamiDeservesBetter thrust her into the spotlight in a big way.

The sliding blockbuster is a good idea, but they might need to work on execution. Hopefully, next time The Glow pulls off that move it works out a little bit better for her.