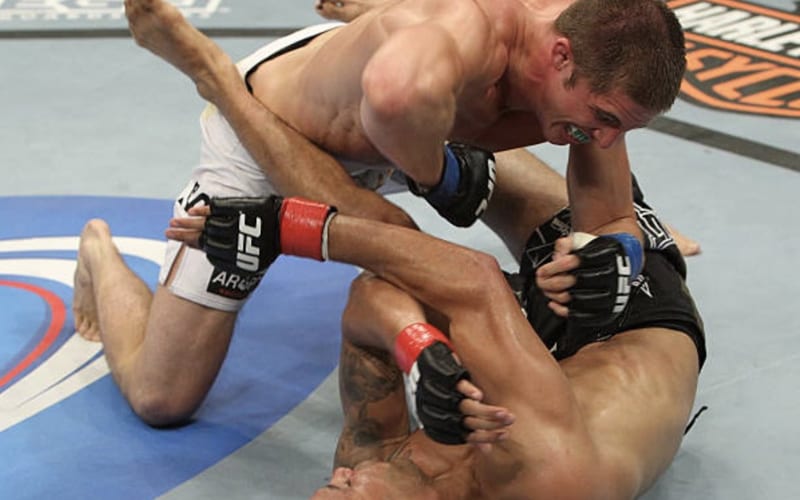 Matt Riddle’s career in MMA is legit. He fought in the UFC and racked up a 8-3-0 record with 2 no-contests. 10 years ago he was fighting at UFC Live: Jones vs Matyushenko.

Riddle defeated DaMarques Johnson on August 1st, 2020 by TKO via punches. Ten years after the fact, the Original Bro remembered that night and pontificated about how he is still dropping elbows a decade later. Now he’s laying down strike in a pro wrestling ring instead.

10 years ago today in the UFC I was dropping elbows on faces and 10 years later I’m doing the same but in the WWE, once a stallion always a stallion bro

Matt Riddle currently has a King’s Bounty on his head on SmackDown. King Corbin is after him and willing to pay handsomely to see the King Of Bros taken out. Corbin seemingly turned Shorty G heel in the process.

Riddle hasn’t changed much of his style, and his attitude is still the same 10 years later as well. He’s also still not wearing shoes.