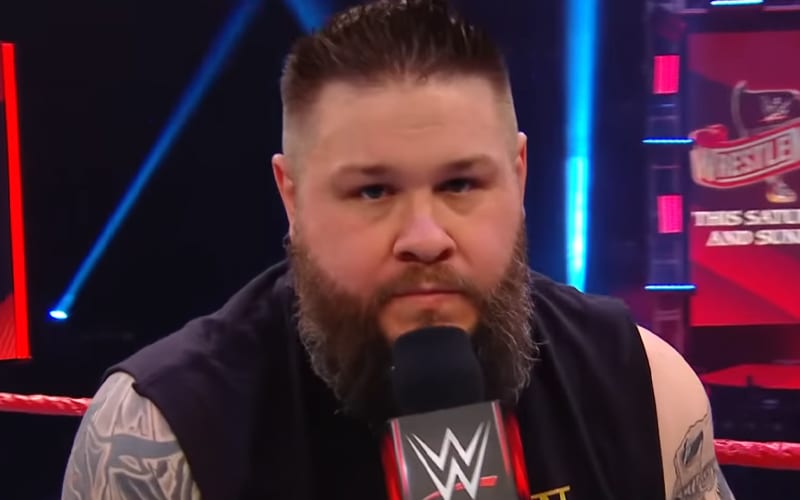 Kevin Owens wasn’t on RAW following the Horror Show at Extreme Rules. His absence was noticed by many fans because he had just competed against Murphy during the pay-per-view’s kickoff show.

Owens was the man who talked to Vince McMahon about WWE employees following mask mandates and social distancing guidelines. This was a big topic of conversation for some fans.

It was noted in the Wrestling Observer Newsletter that Kevin Owens was actually at the tapings on July 20th. He simply wasn’t used. Many creative changes called for him to be written out of the show when he was previously planned to appear.

Even though he wasn’t on the last two shows, Owens was at the Raw tapings on 7/20. He had been written into the original shows but with all the changes made, they decided not to use him. I think the key was that since they wanted to do injury angles with Black on both shows, the feeling was that Owens would theoretically have to do run-ins to attempt to break those up and they didn’t feel the need to sacrifice him in angles like that

WWE is now preparing for their next set of television tapings. Kevin Owens wasn’t on the show in previous weeks, but there’s a big possibility he will show up again as we approach SummerSlam.

As Ringside News exclusively reported there are several match ideas for Seth Rollins at SummerSlam. A WrestleMania rematch with Owens vs Rollins is a part of those possibilities.