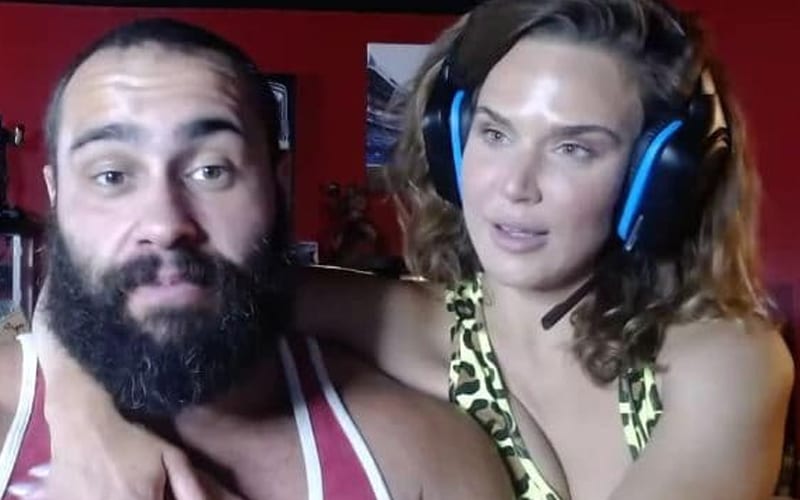 Rusev has a great time on Twitch. He opened his streaming channel following his WWE release. He apparently didn’t read all of the rules well enough because the former Bulgarian Brute is now temporarily banned from Twitch.

Twitch doesn’t explain why they ban people to the public. That’s against their guidelines. There is a rule about Nudity and Attire which Miro didn’t break, but his ravishing wife Lana might have.

The two were filming for Miro’s Twitch next to the pool. Lana was wearing a bikini during the shoot. A little while later, Miro announced that he’s “too sexy fro Twitch.” He learned his lesson though and said he’ll be back on tomorrow.

I was too sexy for Twitch. I learned my lesson. See y’all tomorrow

Hopefully, Rusev and Lana both learned their lessons. This isn’t the first time that Lana’s wardrobe choices got her in some hot water on social media. TikTok also deleted all of her bikini dance videos which really upset her.

Miro will be back on Twitch as this was just a temporary ban. It is still an example of how serious Twitch is about their community guidelines.