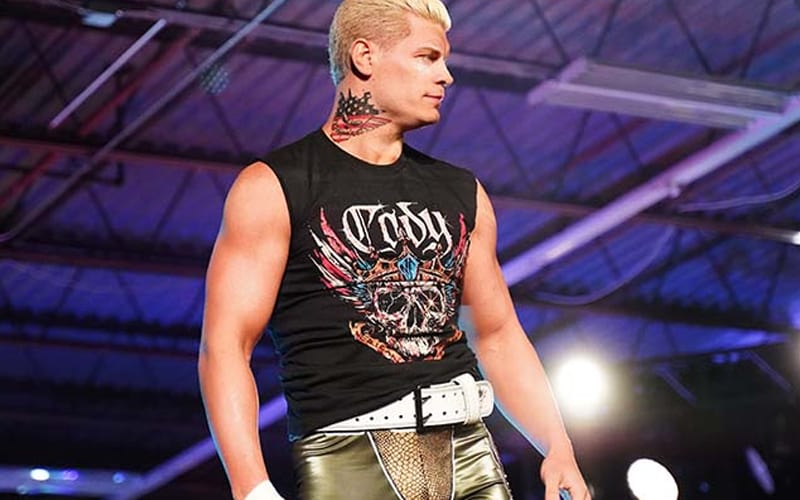 AEW has a great home on TNT and they might be able to get another hour for Dynamite eventually. Just because they can doesn’t mean it’s going to happen.

Cody Rhodes recently spoke about the possibility of adding a third hour to Dynamite. Some things would need to change if AEW added an extra hour to their flagship show. He didn’t confirm that there are even plans to add another hour, but anything is worth talking about.

The American Nightmare confirmed on Twitter today that AEW is not adding another hour to Dynamite. He replied to a tweet that implied AEW was going to add a third hour to shut that down.

This was a very simple tweet that said a lot. AEW Dynamite has a lot of fans who would probably love to see the Elite add another 60 minutes of pro wrestling programming. It’s apparently not going to happen, at least not right now.