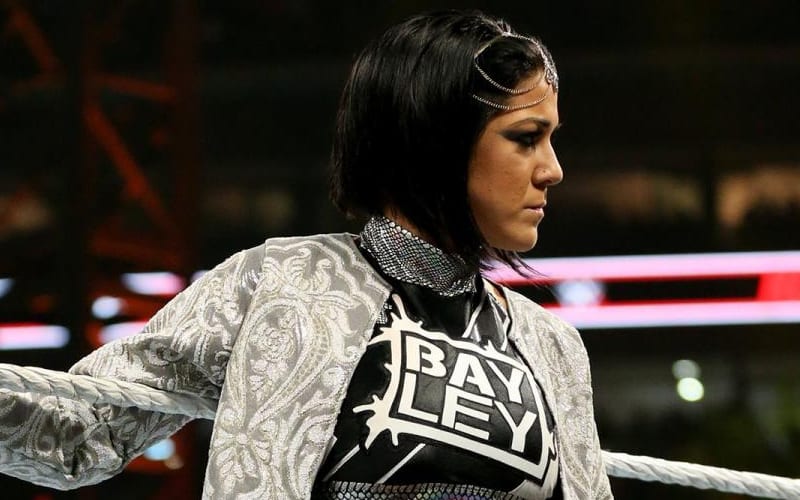 Ember Moon wasn’t happy about the current title situation in the WWE women’s division. Moon is currently at home with an Achilles’ injury and it’s unknown if or when she’ll wrestle again.

Moon recently let her opinion known about the current situation in WWE, and she didn’t have the most positive take on it. After all, there are a lot of women on the roster who could use a title.

Bayley heard those comments as Bleacher Report informed her about them. She hadn’t heard that criticism from Moon before, but Bayley can see where Ember Moon is coming from.

“That’s my first time hearing it, but I can understand the frustration on the outside. Number one, Ember Moon’s not even there and seeing everything going on. She knows how good we are, she’s been in the ring with us, she’s teamed with us. But someone’s got to do it. If not us, then who?”

Bayley followed that comment up by saying that someone has to take control of the women’s division in WWE. It might as well be her and Sasha Banks as they continue stepping up to the plate.

“Somebody’s got to take control of this division. Someone’s got to take control of the company because no one’s stepping up to the plate, and Sasha and I have been up to bat for years and years and years. We’re knocking it out of the park. Sorry, Ember Moon, but if you want to do something about it, come do something about it.”

Ember Moon would love to do something about it, but she’s still recovering. She might need a second surgery as well which she was trying to avoid.

This is a difficult time for WWE, and fans of the product. Attending live events isn’t possible right now and some members of the roster are not available for different reasons. WWE can rely on Bayley and Sasha Banks. That is a very good reason to put that kind of responsibility on their shoulders.