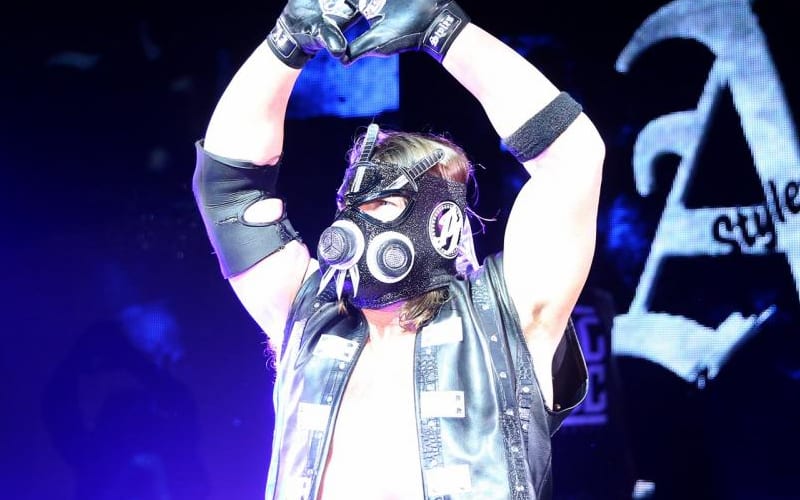 AJ Styles has worn a mask to the ring a time or two before, but he had big plans for WrestleMania that just couldn’t happen.

WrestleMania 36 saw The Undertaker face AJ Styles in a Boneyard Match, but if The Phenomenal One had his way about things he would have been able to debut some special gear as well.

“I’ve got one [mask] that I’d really like to use here in WWE. Oh, I had the perfect one. It was going to be great against The Undertaker, but we know how that ended. We didn’t get the opportunity to do something like that because of the change.”

“You know, there were no big entrances, right? That was what we missed about WrestleMania were those entrances, and those outfits. I mean, everybody does their thing for it. You get new gear and it’s strictly for WrestleMania. It’s a big deal and, man, those entrances are awesome. I was hoping to have a great one this one, but I will not tell you what it was.”

AJ Styles and The Undertaker had a pretty intense confrontation at the Boneyard Match. Their cinematic match didn’t include those big arena entrances which certainly seemed to change AJ Styles’ plans.

The Undertaker might have made his way to the ring for his final match, but you can never rule out The Deadman getting another epic entrance by the time his days in WWE are over with.