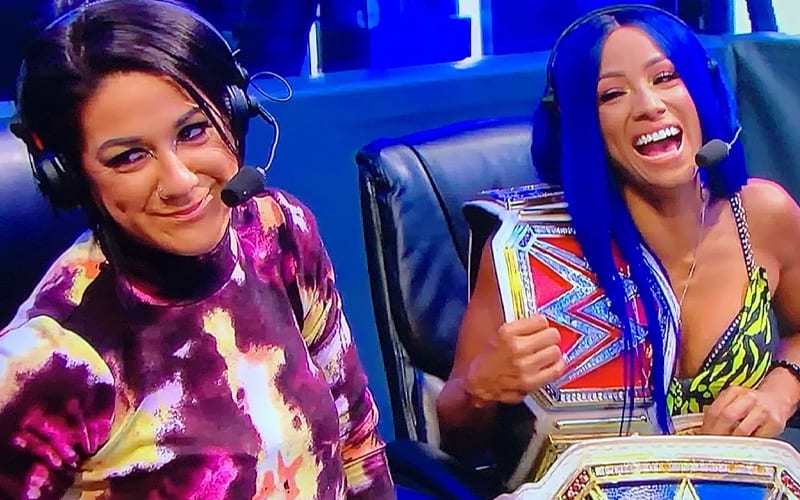 Sasha Banks picked up the RAW Women’s Title on RAW this week and it put the Golden Role Models in the history books. WWE is already cashing in on Bayley and Banks’ latest success.

The company released a t-shirt for Bayley Dos Straps and 2 Beltz Banks. The merchandise proudly proclaims that they have “ALL THE GOLD.” It also says: “Their leaders, your role models.”

Bayley and Banks are on a roll as they head toward SummerSlam. We’ll have to see how this turns out for them. A lot of fans are predicting an eventual showdown during the biggest party of the summer.

Bayley and Banks’ were slated to feud months ago, but WWE held off. It appears that this could be a possibility down the line. At least they got a new piece of merchandise out of it.