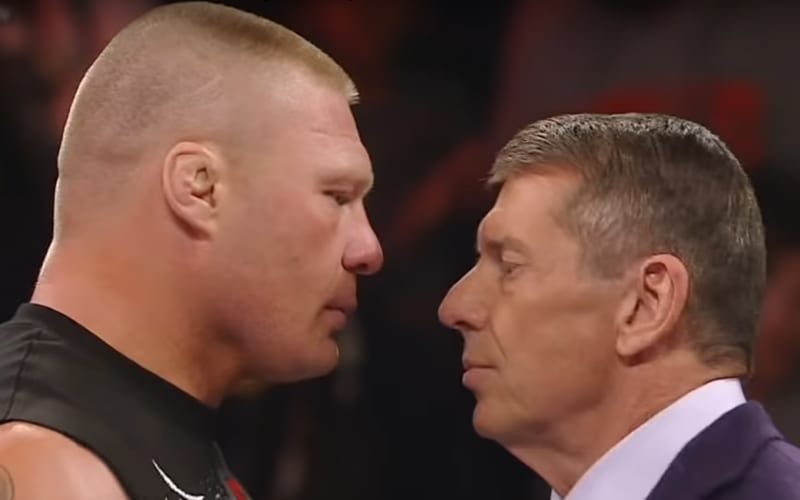 Pro wrestling takes a certain amount of ability, and that must be learned. No matter who you are coming into the pro wrestling world, the basics must be learned to do it safely. Brock Lesnar entered WWE as a huge man that Vince McMahon wanted to use right away, but Jim Ross had to convince him otherwise.

Bobby Lashley and Brock Lesnar have yet to meet in the ring. This is a match that the All Mighty even said was his only birthday wish this year. The two Superstars passed each other on the WWE roster, but they both had the same issue: McMahon wanted to call them up too soon.

During Grilling JR, the WWE Hall Of Fame announcer stated that Vince McMahon wanted to call up Bobby Lashley from OVW right away. Ohio Valley Wrestling was the company’s developmental territory at the time. Ross advised against calling Lashley up too soon, but he feels as though McMahon did it anyway. He also stated this was a battle he had with McMahon about Brock Lesnar.

“Vince had a new toy that he loved to look at.Could Bobby have used a little bit more time in the farm or working the second or third match on house shows? Yes, he should’ve had more time. I had the same battles with Vince about Brock Lesnar. Creative wanted to bring Brock Lesnar up earlier than I wanted him to go and I simply told Vince ‘He can’t protect anybody right now, he’s still learning things and he’s so god damn strong that a small calculated error could be disastrous.'”

Brock Lesnar is brutal in the ring. It’s a good thing his matches are typically short because his opponents might not be able to take much more abuse.

Vince McMahon did what he could with Brock Lesnar during his first run with WWE before he left for the NFL. Perhaps if McMahon waited a bit longer Brock Lesnar’s exit wouldn’t have gone down as it did.