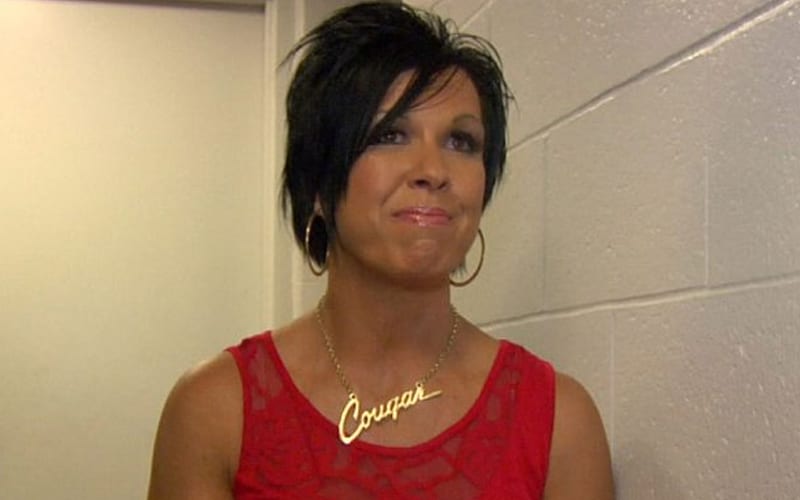 Vickie Guerrero is now with AEW, and very happy about that. She is leading Nyla Rose to the ring as her new manager, and that duo is just getting started. Being in AEW also has other perks like receiving an invite to a beach photo shoot.

Guerrero shared a sneak peek of her bikini that she wore to a recent AEW beach photo shoot. The actual photos haven’t dropped yet, but she teased fans with a mirror selfie.

She obviously had a ton of fun in the sun with other AEW stars. Vickie said that AEW welcomed her with open arms and she loves being a part of everything they’re doing.

@AEWrestling beach photo shoot was so much fun! I have been welcomed with open arms and love everyone that is a part of this company! #excuseme

WWE and Vickie Guerrero didn’t end on the best terms so it seems. The company banned Superstars from appearing on Guerrero’s podcast after she appeared for AEW. They also stopped inviting her to their own reunion functions.

Vickie Guerrero’s AEW appearances are far from over. Odds are she will continue getting snubbed by WWE for quite a while.