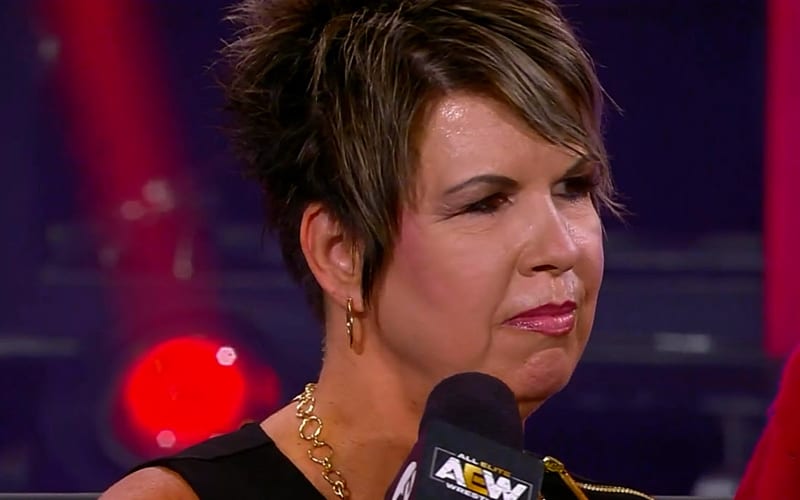 Nyla Rose said that she is introducing a manager, and she made that big reveal this week at AEW Fight For The Fallen.

Nyla Rose came out during Fight For The Fallen and said she’s not telling anyone who her new manager is. Then she introduced her new manager Vickie Guerrero so she could speak for herself.

Vickie made a few big points. The main point she got across was that Nyla Rose is going to dominate. Vickie Guerrero has 25 years of experience in pro wrestling and she’s now officially a part of AEW.

Vickie Guerrero was blackballed from WWE after her first AEW appearance. Since then she’s been very friendly with All Elite Wrestling. Now she has a regular role on television as Nyla Rose’s manager.