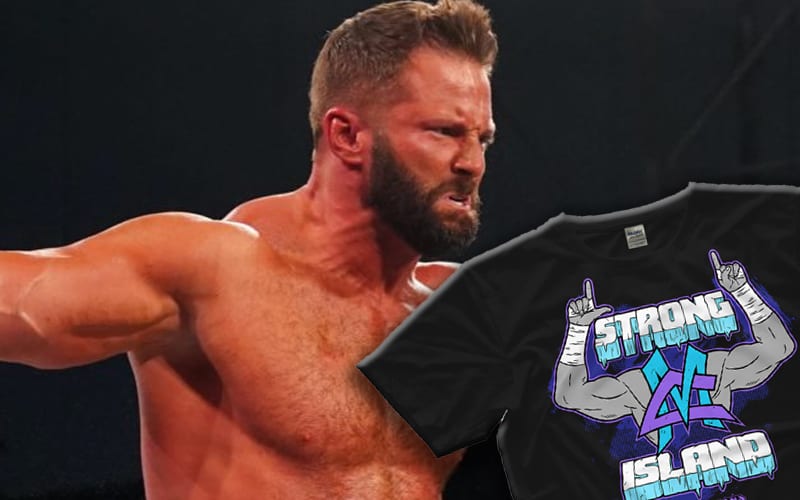 Matt Cardona debuted on AEW Dynamite this week. Fans were excited to see the former Zack Ryder make his AEW debut. The AEW merchandise team was ready to go, too.

Matt Cardona’s hometown was unmistakable when Justin Roberts said: “Strong Island.” That name was intentional and it made its way onto Cardona’s first piece of AEW merchandise.

Cardona is set to appear in RetroMania, the sequel to the classic video game WrestleFest. The RetroMania Twitter account posted to let everyone know that they already changed Cardona’s roster info in the upcoming game to reflect his new hometown.

You can check out Matt Cardona’s new Strong Island merch below.