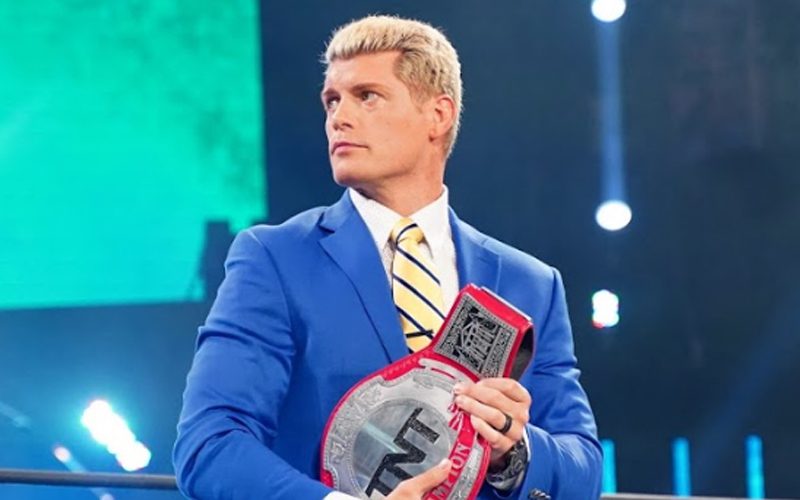 The TNT Title debuted at Double Or Nothing, but the title wasn’t completed yet. Due to COVID-19 the title’s finishing touches weren’t added. There are still plans to finish the title’s look.

Following his win at Double Or Nothing, Cody remarked that he might not want them to finish the title. He said the title he holds is the one he was given by Mike Tyson and it was “the coolest damn thing [he’s] ever seen.”

One fan asked Cody Rhodes when the TNT Title will actually be completed. The title Cody has been carrying around is still not the final version.

Cody replied that August 12th is the date of arrival for the new TNT Title. He’s seen a video of the new plates that are to be added and they are “very elegant.”

That AEW TNT Title will be on the line consistently until August 12th. We’ll see who holds the title when the final version finally arrives.