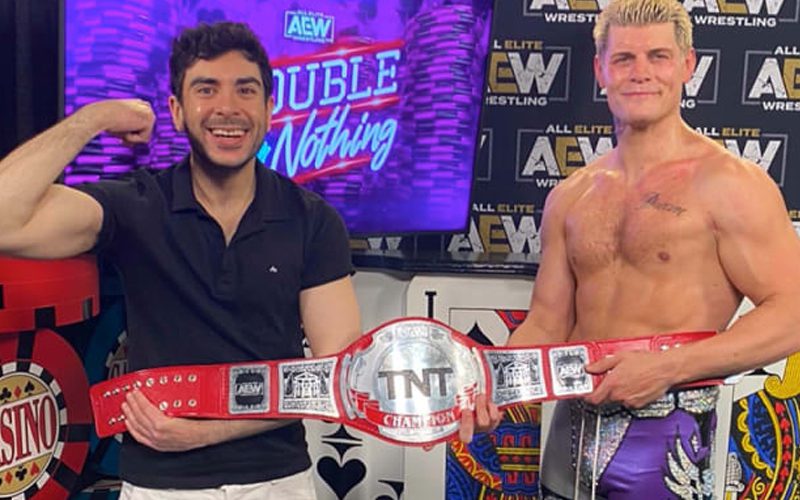 Cody Rhodes won the AEW TNT Title at Double Or Nothing. He was on cloud 9 after the show was over and kind of emotional about the entire experience. Cody had a lot to be proud of as the surreal experience of Mike Tyson handing him that new title was still setting in.

The AEW TNT Title isn’t finished yet. Due to COVID-19 they couldn’t put planned gold trimming on it. Some fans grilled the new title’s look, but it’s not a finished product. After Double Or Nothing was over, Cody Rhodes said that he might not want a completed title.

During the virtual media scrum following Double Or Nothing, Cody Rhodes said that AEW might have the finished TNT Title by next Wednesday’s Dynamite taping. Since the unfinished title is the one he was handed by Iron Mike Tyson, Cody Rhodes might not trade it for a shinier belt.

AEW Double Or Nothing was a big deal for the company as they were able to pull a lot together and produce a pay-per-view in the middle a pandemic.

We’ll see if Cody Rhodes decides to keep the TNT Title that debuted at Double Or Nothing. It’s understandable if he wants to hang onto it.