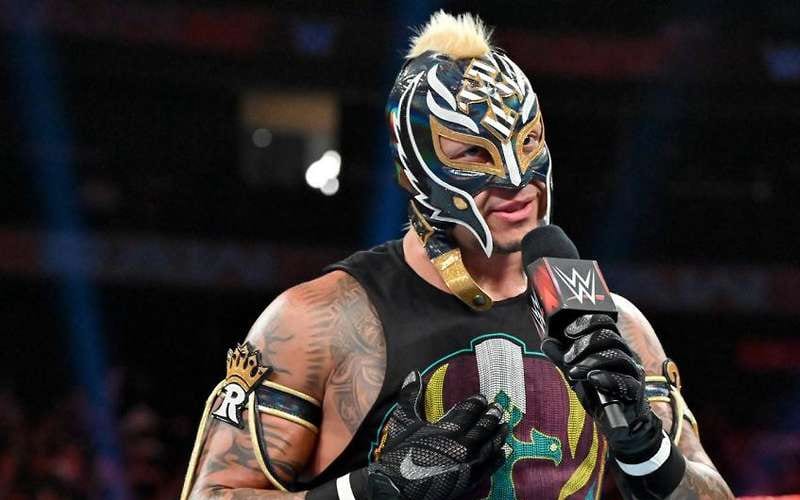 Rey Mysterio was thought to be re-signing with WWE, and negotiations were coming along. The dotted line has not been signed quite yet. They certainly carried on with his son Dominik’s storyline on RAW this week.

During Wrestling Observer Radio (transcription by Ringside News), Dave Meltzer proposed that it’s too early to bring Rey Mysterio back to television right now. They just did an angle during the Horror Show at Extreme Rules that took out Mr. 6-1-9’s eye. He hasn’t even signed with the company yet which makes it more difficult.

“It seems with that angle that they just did that it’s a little early to bring Rey back and Rey hasn’t signed yet anyway, so who knows what’s going on there?”

Rey Mysterio might sign a new contract for his son’s benefit. There are a lot of opportunities for Dominik in WWE, but the pro wrestling world is also a very unpredictable place.

The door isn’t closed for Rey Mysterio and WWE. We will just have to wait and see how long it takes for them to agree to a new deal.