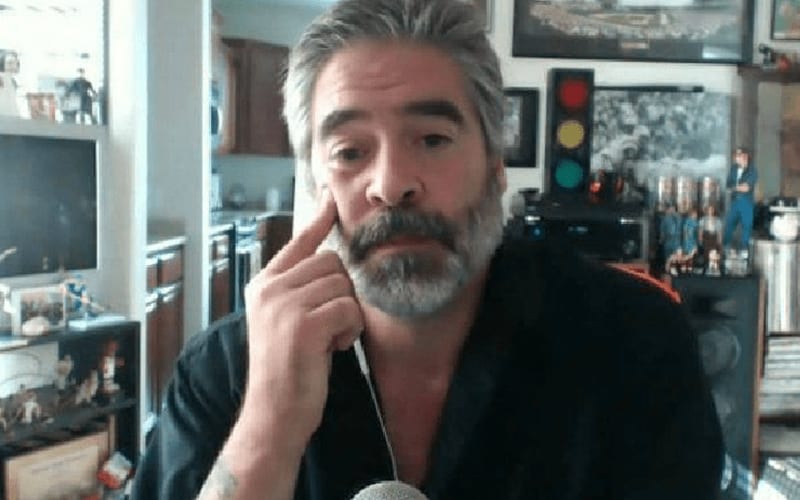 Seth Rollins and Rey Mysterio wrestle in an Eye For An Eye match during the Horror Show at Extreme Rules. Vince Russo saw the match and the angle go down as well. It’s not even something he would come up with.

During his The Brand podcast, Russo railed on the Eye For An Eye match. He said that people who say that it’s something he would come up, but it’s not him. Instead, it’s “the great Vince McMahon.” He then referred to McMahon as “the great filter.”

“I’m like bro, if I would have wrote this sh*t? Forget about it. I’m looking at this sh*t and I’m like ‘oh my god bro, the stuff that I get criticized for!? If my name was on this? That’s all you would have been in reading about. And again bro, keep in mind this is the great Vince McMahon! This is the great ‘filter.’”

Vince Russo was a part of some pretty crazy angles during his day in a creative position in the pro wrestling world. Even he never pitched an idea like this. The payoff was Rey Mysterio “losing an eye” which is something that WWE is still working around to this day.