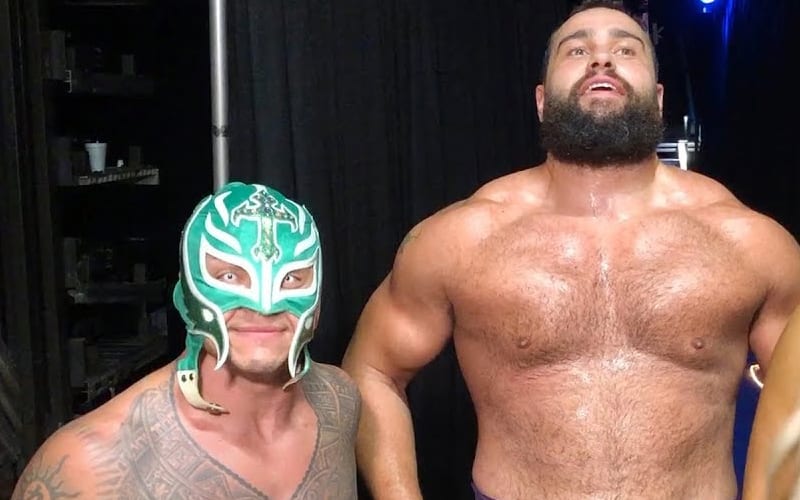 Rusev had the chance to work with plenty of WWE Superstars. He almost formed a tag team with Rey Mysterio, but it just didn’t happen. Mysterio apparently thought it was a good enough idea to suggest it.

While hanging out on his Twitch stream, Rusev stated that he was honored to even know Rey Mysterio. He put over how nice of a guy Mysterio is. Then he revealed that Rey Mysterio suggested that they team together at one point in time.

They couldn’t make it work, but Miro said that even if Rey was just being nice he’s still taking that compliment to the grave.

“He said, ‘hey man I really liked working with you, we should probably work together as a tag team. I have nothing going on. I’m like ‘yes, please, sir I beg you!’ [laughs] Then they moved him off to a different story and I went somewhere else, but just the idea of him saying it even if he’s a nice guy I’m still taking that as a compliment to the rest of my days. You can call me a mark, I just have respect for these people.”

Miro is a legit pro wrestling fan. There are people he looks up to, and Rey Mysterio is obviously one of them even though Miro is actually a lot taller.

We’ll never know how Mysterio and Rusev would have worked out as a tag team, but it is certainly an interesting idea. Obviously WWE had other plans for both of them.