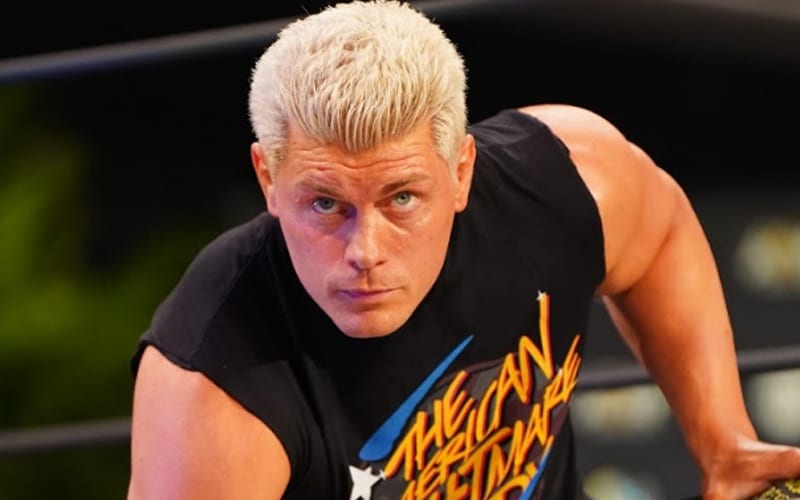 Cody Rhodes wanted to make things very clear when it came to a misconception about AEW’s pay structure. Men and women make the same on the entry level and this has not changed.

AEW wanted to change the pro wrestling economy when they opened their doors. This was something that Cody Rhodes wanted to make clear in the first speech during their Jacksonville rally.

During a recent Q&A on Twitter one fan tried to take a shot at AEW for not paying men and women the same on an entry level. Cody wanted to put an end to that kind of talk as soon as possible.

That’s already real bud. Entry contracts are the same, regardless of gender. It’s 2020 man. We told the world this at our first presser. Real now as it was then.

He did not specify how much they are paying their entry-level wrestlers, but the amount is apparently the same across the board. At least men and women are being paid the same on the ground level in AEW.