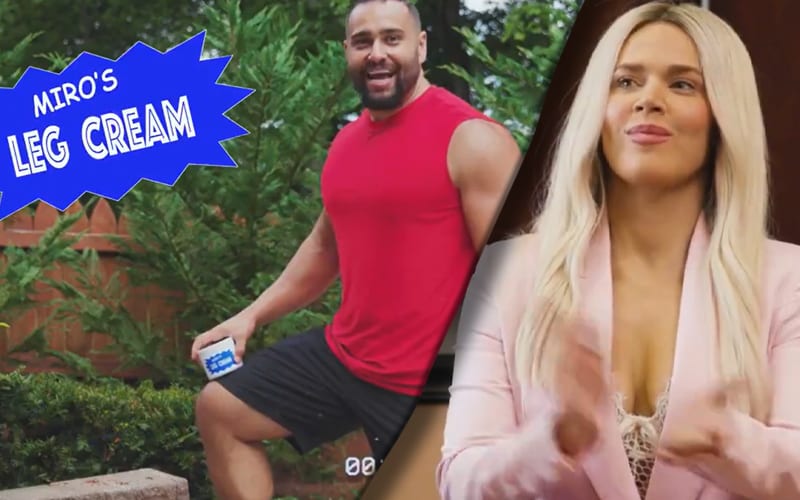 Miro is known for many things. Some people know him as Rusev, but he left that name behind when WWE released him on April 15th. Miro has many talents, and acting is obviously one of them. Another great skill Miro has is flexing his leg muscles.

He’s a big fan of his legs and ready to share his secrets. The former Bulgarian Brute dropped a hilarious video online centered around the formula behind his impressive leg muscles.

Miro’s Leg Cream might not be really hitting the shelves, but the commercial was a hit in this comedy skit. Miro dropped the video on social media which featured Lana as an executive receiving a pitch from an enthusiastic Miro.

The video is just over a minute long, and it was very well produced. It’s unclear when this mini-movie was shot, but Miro is currently recovering from COVID-19 so it was very likely prior to that time in his life.

Miro seems to be doing well. He’s on Twitch all the time and putting out content like this. Hopefully, it is a sign a things to come as more skits could be on the way.