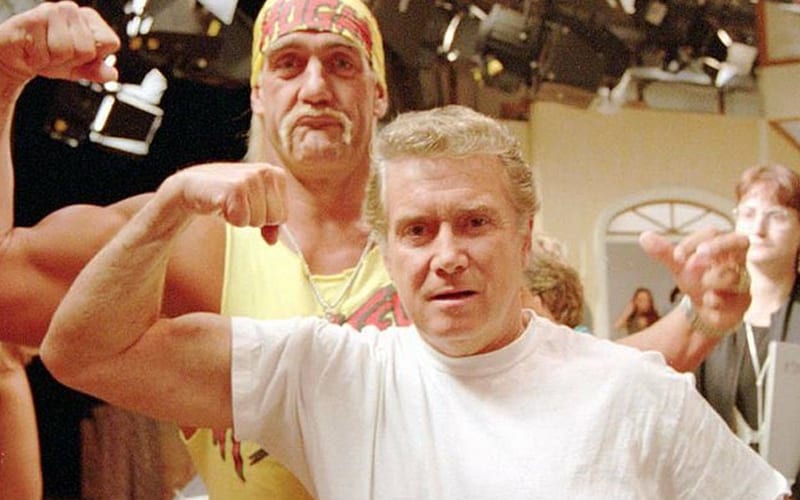 Television legend and friend of pro wrestling Regis Philbin passed away today. He was 88-years-old. His cause of death was not disclosed, but it was said to have been of natural causes.

The pro wrestling world reacted in a big way to the passing of this legend of the industry.

Hulk Hogan spent some time with Regis. They had a few encounters over the years and the Hulkster remebered his friend fondly in a tweet on the evening he passed.

#Regis was the only show I was always excited to do. Regis was a real pro and I could always count on him sneak attacking me every time I was a guest on the show,RIP my brother Love you HH

Regis Philbin meant a lot to the pro wrestling community. He had friends in the business and even had wrestlers on his radio show prior to entering television.

There will never be another like Regis Philbin. RIP.