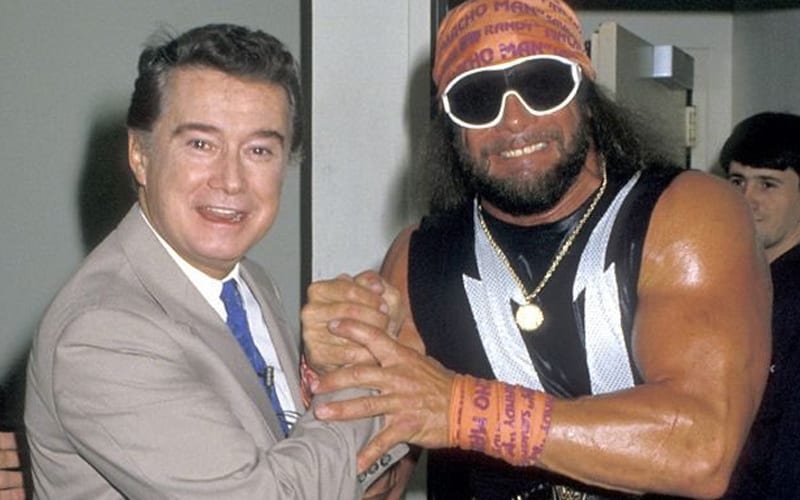 We are very sad to learn of the passing of Regis Philbin who passed away today at the age of 88-years-old. He died of natural causes.

Philbin was a pioneer and was a part of a few pro wrestling moments through the years as well. His memory will live on through countless hours of morning talk show hilarity and the way he could work a microphone to display his trademark personality.

Chris Van Vliet put it very well when he said that it is impossible to be a part of the television industry and not be influenced by Regis Philbin in some way.

It’s impossible to work in the television industry and not be inspired by Regis Philbin. RIP to an absolute legend and one of the very best to ever do it

WWE’s Kayla Braxton tweeted out that her heart is broken after hearing of Philbin’s passing: “My heart is broken. RIP Regis. You were one of the reasons I wanted to be on television. Your legacy will live on forever.”

Regis Philbin was a huge fan of pro wrestling and had many wrestlers on his show. He will be missed by millions. We are including some initial reactions below, and we will update, but there will be many to come.