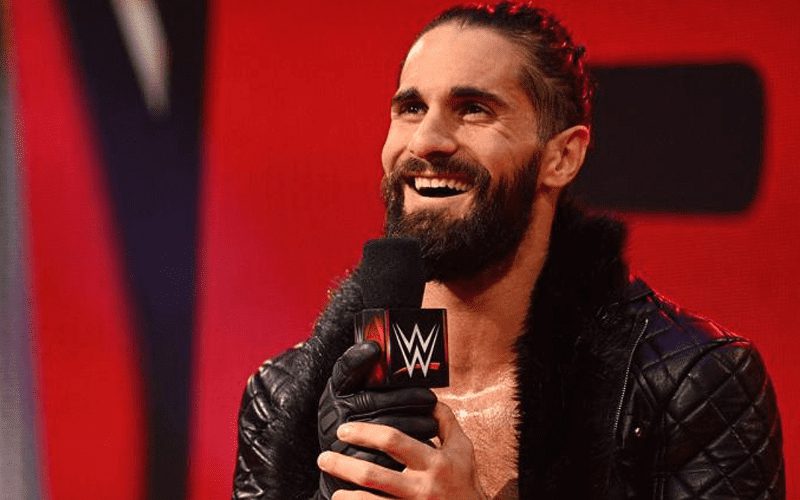 It takes a special kind of someone to get the best of Big Swole. She’s usually pretty clued in on a situation, but Seth Rollins was able to pull a pretty good trick on her.

We previously reported that Big Swole talked about a time when she told Brock Lesnar that she can “whoop his ass.” Her fun backstage in WWE didn’t stop there.

During AEW Unrestricted, Big Swole said after her interesting communication with Brock Lesnar, Seth Rollins had something to say to her. He gave her advice that she can’t see any fans when she goes to the ring. This is what Big Swole was expecting, but that wasn’t the case at all.

“Then before I had my match Seth comes up to me and he’s like just so you know you can’t see nothing out there. When you get out there you won’t be able to see nothing but the person so you’ll be able to focus. You can’t see anybody, but they can see you, it’s just that dark out there. He was lying out his ass — when I went out there you could see everybody. I was like ‘alright, okay,’ Okay Seth — Okay Lopez, okay I’m putting cases on all y’all when I get back in this Gorilla!”

It’s unclear if Big Swole gave Seth Rollins any kind of receipt for this little prank. It is certainly the kind of thing that wouldn’t have happened unless Rollins cared enough to go through the effort in the first place. At least she has that she can think of to perhaps help her feel a bit better about getting ribbed by the Monday Night Messiah.