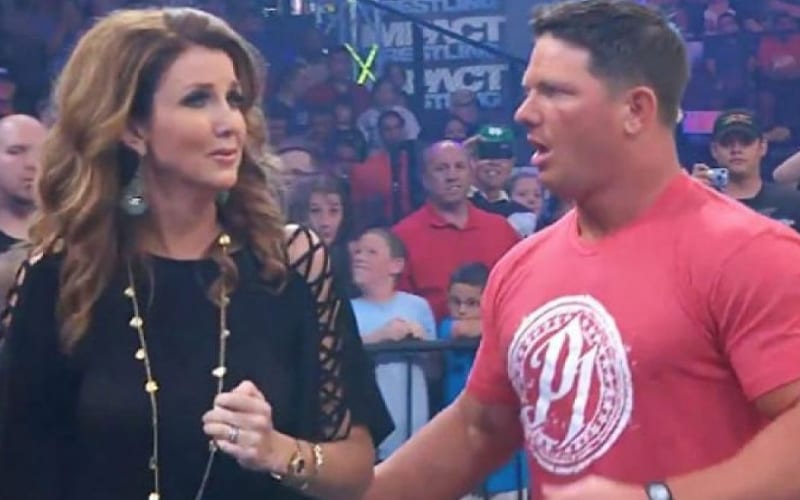 On his Twitch channel, Styles defended Vince Russo who a lot of fans point a finger at. They did butt heads, but it was mostly due to Dixie Carter getting involved in things.

“Vince (Russo), as a person, I love the guy, and we butted heads as far as him writing, even in TNA, but I realized when we butted heads, it was because he was getting things from Dixie the whole time. It must have been very difficult to work with this woman who has no idea how wrestling works and wanted everything to be done to it and it didn’t make any sense. We butted heads with him as a writer, but due to Dixie Carter getting involved a lot with creative.”

“Do I believe Dixie ruined IMPACT? Well, it was TNA back then, and 100%. IMPACT, there was a time when it was really gaining ground. The problem was, Dixie wanted to be WWE-lite and that’s not what people wanted. They wanted to see something else. All she had to do was let us do what we do, it was really that simple. Had she left it to the writers, I think TNA would still be around and be bigger than what they are, but not knowing what’s best for business, she hurt TNA.”

Impact Wrestling is currently experiencing a bit of a resurgence. Their viewership has increased since Slammiversary as those numbers were recently released for the first time this year.

The company brought in several recently released WWE Superstars so their roster just got quite a boost in a very short period of time. Perhaps this is the beginning of a new time of growth for the company as they continue.