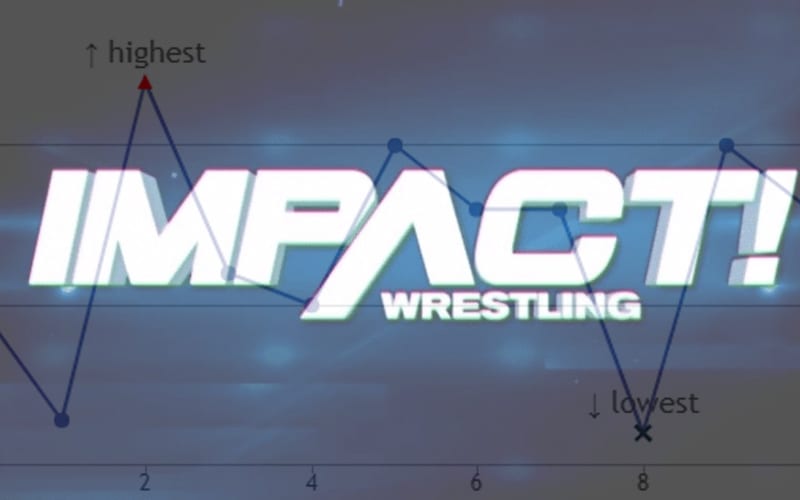 Impact Wrestling was pulling substantial numbers on a previous network. They are on AXS TV now, but the company’s recent resurgence in attention has brought some fans to the product.

PW Torch has revealed Impact Wrestling’s ratings for the first time in 2020. These ratings only go back a few weeks, but they were unpublished prior to that point. The results show a 4% rise from last week following the Slammiversary pay-per-view.

The company drew a .05 in the coveted 18-49 demographic. To compare, AEW Dynamite brought in a .32 ratings and NXT brought a .17 in the same demographic for their programming this week.

It was reported that the average since March 24th has been 145,000 viewers for Impact Wrestling. Obviously, they are gaining some momentum. Let’s see how much more steam they can build as the weeks go on.

In another interesting note, they averaged 174,000 in January through March. Losing the live crowd aspect of their programming likely caused that dip to the 145,000 average that followed.