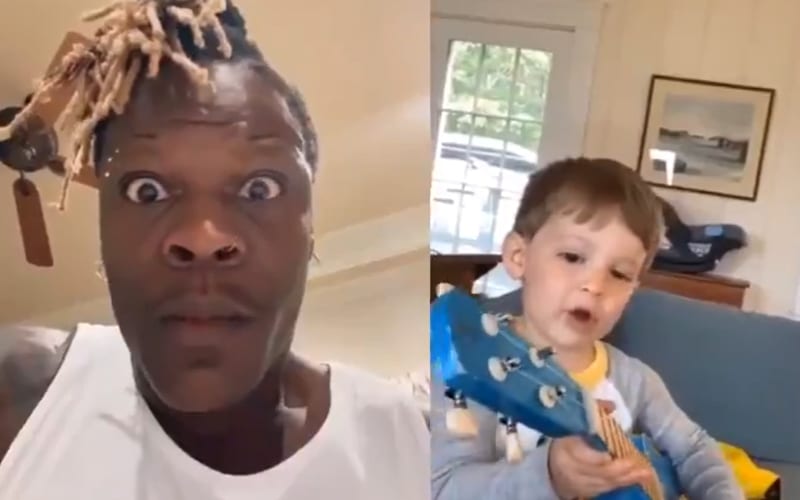 Kids say the darndest. They can sing the darndest things as well. R-Truth was recently watching a popular viral video of a young boy singing a song with very adult themes. His reaction was pretty priceless as well.

This young man somehow became a very big fan of Lil Jon & The East Side Boyz’ song “Get Low.” The child heard the song enough that he not only memorized the lyrics, but he also figured out the tune on his toy guitar.

R-Truth uploaded a photo of himself watching this video for the first time. The lyrics are very filthy. It was hard for him to say “from the window to the wall,” but Truth heard the rest of it clear as day.

I didn’t know what he was singing at first

R-Truth spent some time retweeting reactions. Most fans were impressed by this child’s mature taste in music. Most kids his age haven’t discovered Lil Jon quite yet. Other fans wondered who this kids’ parents are, and how cool they are as well.

You can check out the video below. R-Truth also uploaded the clip to his TikTok.