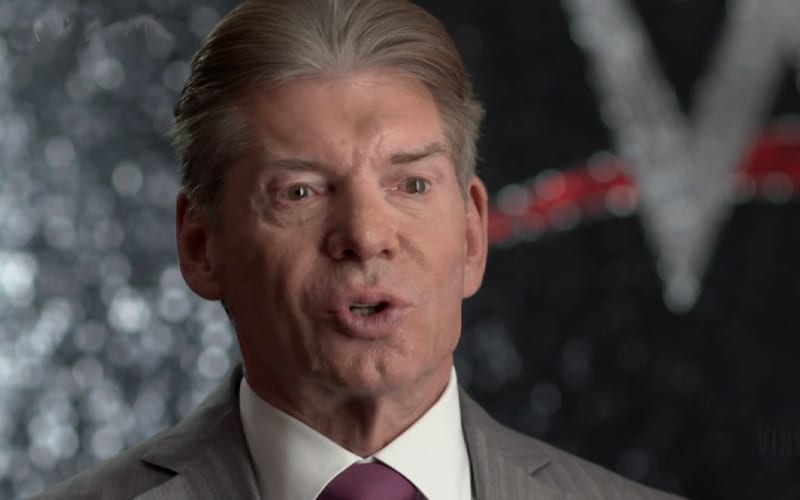 Vince McMahon has many legends about his name. You can click here for a list of 15 of those unbelievable legends that are actually true.

Hornswoggle was released from WWE in 2016, but he spent nearly 10 years with the company. He was a part of some crazy angles, and he was even Vince McMahon’s son at one point. One would think that Swoggle got to know McMahon well.

Instinct Culture recently spoke to Hornswoggle about his time in WWE. Swoggle has a regret that he didn’t pick Vince McMahon’s brain more often. He said that Vince McMahon isn’t a dick, but he was intimating for him as a young man breaking in to the pro wrestling business and suddenly finding himself in WWE.

“I was so intimidated and I think that’s one of my biggest regrets in my career is, I worked with him {Vince McMahon} every week, with him, next to him within these scenes and I should have just randomly picked his brain. Because he would have answered any question I had. He’s that kind of person where he doesn’t care. You ask him something, he’ll answer it…. I wish I would have taken the opportunity but I was 21 years old and he’s the boss…. I just talked about how intimidating he is and people walk on eggshells around him at times. And I get asked every time, ‘ Is he mean, is he a dick?’ No. He’s like any boss.”

“If my boss at Target wants this job done this way and I do it this way, he’s not going to be happy. Like any boss. Now this boss runs a weekly worldwide television show, multiple shows a week, on top of running the company, on top of running the merchandise, the advertising, everything. He runs the show, he has his hands in every cookie jar with that company. As long as you do what he asks and you fulfill that, you’re golden.”

Swoggle has returned for cameos since he was released from the company. He obviously still has a good relationship with the company.

Vince McMahon getting apparently scarier now, but a pandemic will do that to anyone. Perhaps Swoggle will get to pick McMahon brain a little more the next time he stops by.