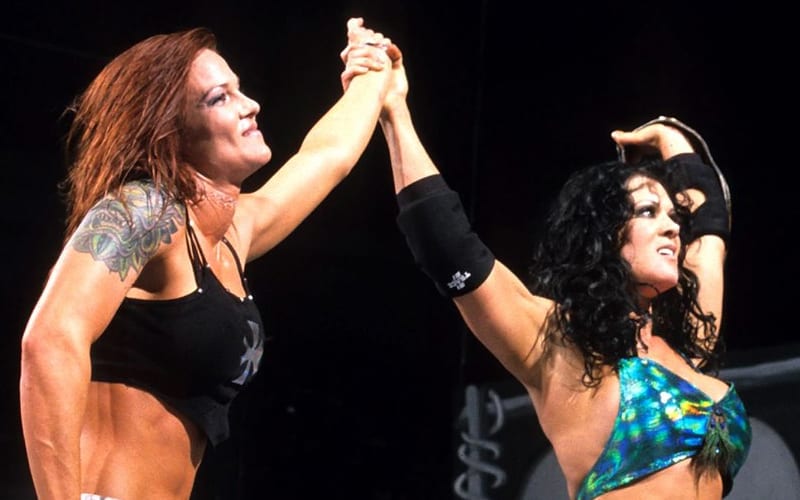 Lita was fortunate to be able to work with legends in the pro wrestling world during her time in the ring. WWE wanted her to mix it up with Chyna on a much more extensive level.

Chyna left WWE soon after that which made her match against Lita at Judgement Day her last with the company.

“When Chyna was transitioning from working only men to starting to work with women, she first went to Ivory and Right to Censor into a program with me, and we had one PPV match together,” Lita explained. “It was supposed to be a three PPV program. It was solid.

“It was OK, but we wanted to give people just enough to go, ‘oh, there’s something here. We want to see more,’ and we held back thinking we were gonna have two more matches, but that was the end of her time at WWE. So we didn’t get our program. I’ve been told this advice before. Any opportunity you have, act like it’s your last match ever. Had I done that, we would have had a much more memorable match.”

Chyna defeated Lita in that match in 2001. It makes us wonder who would have won a three-match series between the two. We’ll never know because Chyna was going through a lot behind the scene that eventually led to her leaving the company.

If you want to know more about Chyna’s departure from WWE click here. It’s a sad story, but at least she eventually finally found her rightful space in the WWE Hall Of Fame.