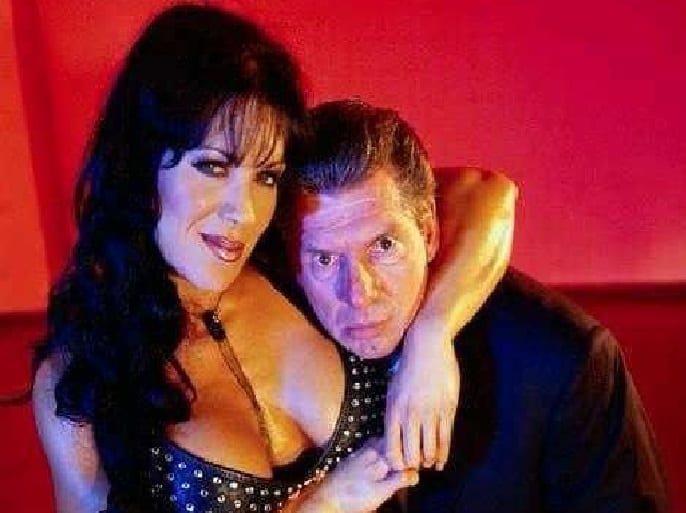 Chyna deserves to be in the WWE Hall Of Fame in a lot of people’s opinions. Her career post-WWE aside, she inspired plenty of fans all over the world with her time in the squared circle. But after Stephanie McMahon and Triple H’s relationship became more public, it was apparent that her time in WWE might have become far too uncomfortable.

Bruce Prichard has created a second career for himself telling stories from WWE’s past that he was a part of. His signature line has always been that he was there which is 100% true in this case. He explained on Something To Wrestle With that Jim Ross was unable to make the meeting with Vince McMahon and Chyna, Prichard was called to take his place and he witnessed the entire meeting go down.

“She told [Vince] what she wanted and she asked for almost 4 times what she was making at the time,” Prichard said. Conrad Thompson said that the story is she wanted $1 million a year and Prichard told him to “double that.”

Then he explained how the meeting they had with Chyna which led to her eventual exit from WWE went. She didn’t want to work around Stephanie McMahon and Triple H, and no generous offer from McMahon which was said to be more than she was making at the time just wouldn’t cut it.

“Vince told us that he couldn’t do what she was asking. He made a very fair offer to her and he offered her a deal, more money than she was making. A downside guarantee that was more than she was making the year before. It was above and beyond what — had the situation been different — that he would have offered.”

“She told him what she wanted. She said I don’t think I can work here under those conditions. [Vince] said, ‘That is your choice. But at the same time you’re under contract and I will pay you all the way through that. But you also have this offer on the table. Now if you’re not willing to take that I understand that too — that’s not going to be an open offer.”

Prichard also said that if the circumstances hadn’t been what they were with Vince’s daughter stealing Chyna’s boyfriend then the offer wouldn’t have been as generous. McMahon advised Chyna not to give him and answer right away and go talk to her attorney or agent about the deal — but it wasn’t an open offer.

Obviously, Chyna decided to reject McMahon’s new deal and walk away from WWE. But we can’t help but wonder what kind of stories she would have been a part of if she had been able to work it out and coexist with her ex-boyfriend and his new girlfriend eventually running the show.