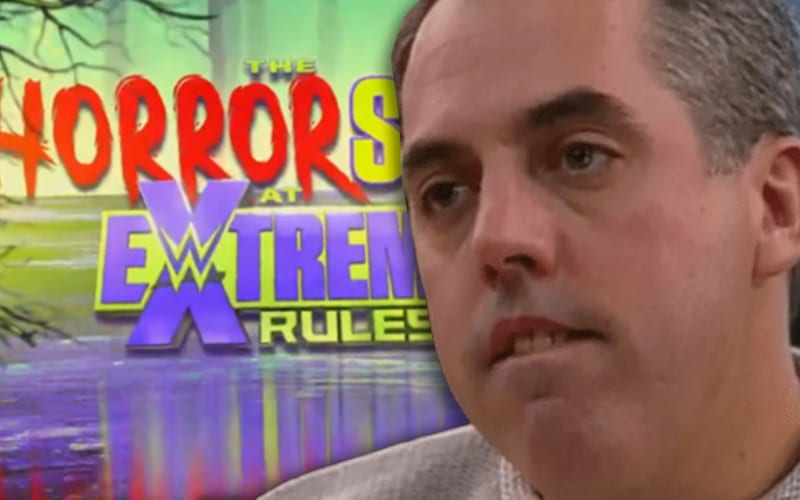 WWE held a Horror Show at Extreme Rules last week, but you can’t make everyone happy. Kevin Dunn was reportedly livid how the RAW Women’s Title match turned out.

Asuka and Sasha Banks battled until Bayley took the referee’s shirt after he got hit with Asuka’s mist. Then Bayley counted to three and a controversial ending to the title match was put in the history books.

According to Fightul, Kevin Dunn was not happy about a “production sanfus.” It reportedly “set Kevin Dunn off.” The specifics weren’t mentioned, but Dunn was furious about the camera showing Bayley when it wasn’t supposed to.

During the Sasha Banks and Asuka match, there were some production snafus that set Kevin Dunn off. We weren’t told of specific instances, but Dunn was upset that cameras were catching Bayley in spots where they weren’t supposed to. When asking around, we were told it wasn’t significant, but enough to get Dunn to shout at people over it for not protecting talent.

Perhaps Dunn wanted Bayley to remain out of the shot so her coming into the match would be a bigger surprise. Either way, Kevin Dunn wants things done in his own way. He’s like Vince McMahon in that regard.

It looks like there was a horror show going on in the production truck and in the ring.