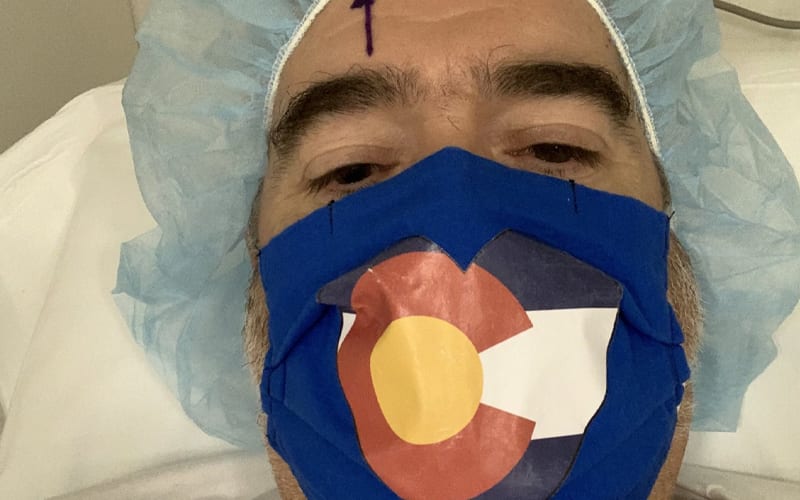 Rey Mysterio “lost an eye” during the Horror Show at Extreme Rules. Interestingly enough Vince Russo was slated to have surgery on his eye a few days later.

Vince Russo posted a photo of Sloth from the Goonies to Twitter. He then stated that there will be a problem if he comes out of his surgery looking like the famous character.

About six hours later, Vince Russo posted a photo of himself where he was wearing a mask and appeared prepped for surgery. His only caption was, “Bro.”

Vince Russo doesn’t work for any pro wrestling company, but he’s still very busy. His Brand podcast takes up some time and he has plenty of things that he produces for his Patreon. He certainly needs both eyes to accomplish those things, at least it would be a huge help.

We’re sending out our best to Vince Russo. Hopefully, he recovers in speedy fashion.