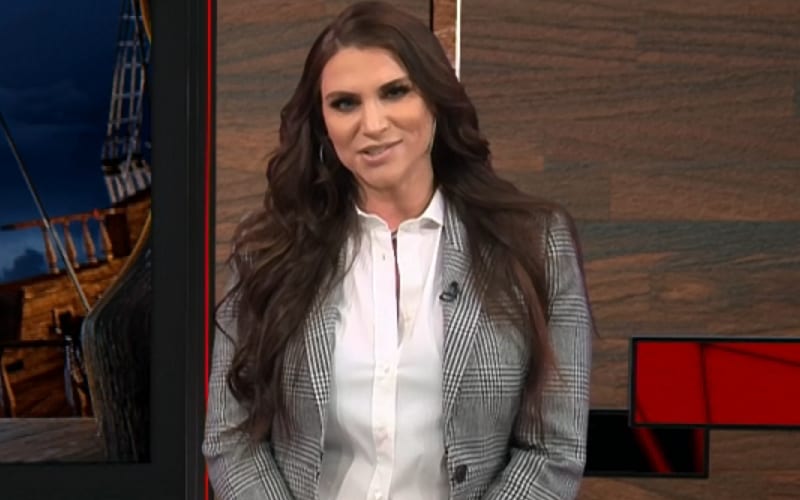 WWE continued to run during the pandemic and they haven’t missed a week of new content. Every Superstar is there because they want to be, and not because of the company forcing them to be there.

Stephanie McMahon recently sat down with Ad Age where she spoke about several subjects. One popular topic of conversation in 2020 is the pandemic and McMahon wasn’t shy about addressing WWE’s efforts to make sure that they keep everyone safe.

The WWE CBO also wanted to clarify that they do not force any Superstar to be there. Anyone who shows up to work is doing so stickily on a volunteer basis

“First and foremost, it’s all optional, it’s all volunteer based, it’s up to them if they want to participate, we did have talent and crew members opt out, and we do support that.”

“In addition, we do testing before all of our programming and it’s the more advanced testing. It’s not the rapid test which has shown to have a lot of false positives and false negatives and that is improving, but we want to make sure that we have the best testing possible, of course because the safety of our crew members and our performers is paramount.”

“So we do that. We also have pandemic level cleaning at our Performance Center every single night, which includes fogging and a special lighting. We also have — and I’m going to say this terrible — an application of a product from a company called Allied Sciences that creates a barrier and I’m sorry I’m able to better explain this, but it creates a barrier between the virus and whatever you’re spraying it on.”

McMahon said that they are “being as thorough as we can possibly be, but we’re in Orlando.” The state of Florida has been hit hard by COVID-19 and a large number of cases are still being reported every day.

WWE has several positive COVID-19 cases throughout the company, but Superstars are not permitted to disclose any information about their status. Just because a Superstar is off television doesn’t mean that they have COVID-19. The company is also being careful about anyone who might have been exposed to the virus as well.

There are also some cases where someone decides not to take the risk and they stay home. Roman Reigns, Sami Zayn, Kevin Owens, and others have also decided to stay home during this uncertain time. Kevin Owens did return, but he was not on television this week.