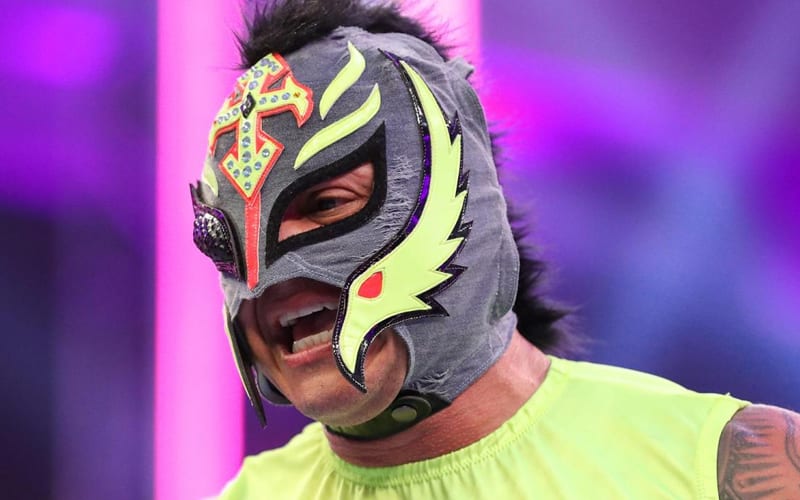 Rey Mysterio was working on a handshake deal with his WWE contract expired. Then he lost an eye at the Horror Show at Extreme Rules. It appears he could regain his vision sooner than some thought.

Mike Johnson stated on PW Insider Elite audio that Rey Mysterio met with WWE officials today in Stamford Connecticut to discuss a new deal. It’s not known at this time if they were able to come to an agreement.

Rey Mysterio was also at the RAW tapings at the Performance Center, but he wasn’t used for this week’s show. At this time it’s not clear if he’ll be showing up next week. They did talk about his injury on commentary and gave a good sign about his expected.

Mysterio losing the Eye For An Eye match was a way to give WWE some room in case they needed to write him out of television for much longer. This situation is not over yet.

We’ll have to see what the future holds Rey Mysterio and WWE. The thought is that he will sign a new deal. He obviously wants his son to have the best shot in WWE possible.