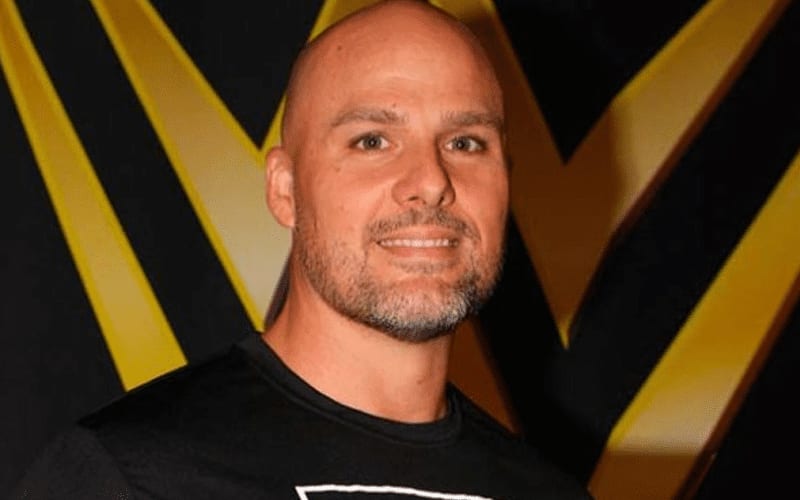 Adam Pearce revealed that he tested positive for COVID-19 during the first company-wide testing that WWE conducted. Now he has much better news to reveal.

Pearce uploaded a photo of himself as NWA World Champion walking off following a victory. He included a caption saying “#AndStill.” His opponent that night was painted over with a coronavirus cell.

He didn’t say that he tested negative, but he gave a very good indication that he was able to hit a Rack Bomb and get out of there with his title. This time the stakes were a lot higher than the NWA World Heavyweight Championship.

Hopefully, this is a sign that Pearce will be back to work very soon. He is a valuable asset to WWE backstage as a producer.

Pearce recently uploaded a heartfelt message for anyone dealing with the coronavirus. He wanted to let everyone know that they’re not alone. Millions are dealing with this terrible virus.

At this time there are several members of the WWE roster and crew who are out of work with COVID-19 related issues. Our thoughts are with those situations and hope that everything works out.