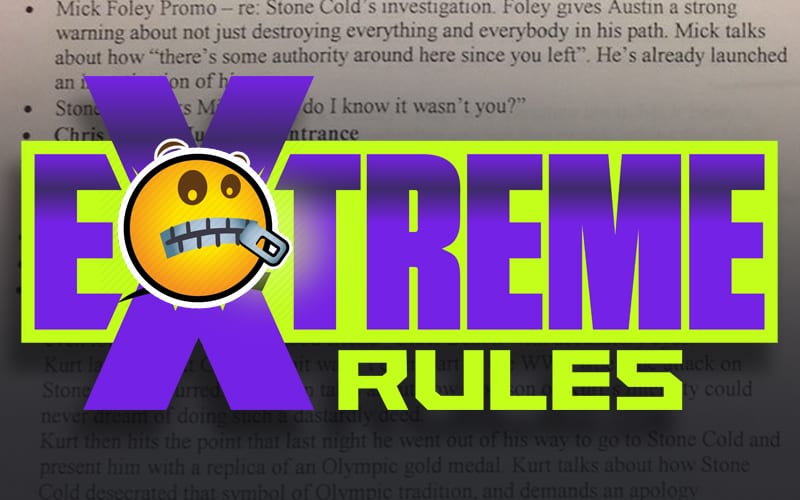 WWE is holding another Extreme Rules event tonight, and it will be a Horror Show. The company has plans in place for the next television tapings, but those secrets are currently on lockdown.

We exclusively reported how the writing process works in WWE’s new system after Paul Heyman’s firing. It’s quite complicated, and pretty interesting. It also allows for instances where information can be kept as top secret.

Ringside News has learned that the post Extreme Rules scripts for television are complete, but they haven’t been handed out to anyone on the creative team until the pay-per-view airs.

We were told that a key phrase spoken backstage is “there’s no more secrets, everything’s transparent,” It was noted to us that “it’s anything but.”

WWE is obviously trying their best to make sure that their secrets remain close to the vest for as long as possible. This also gives Vince McMahon an opportunity to change everything again and only an exclusive few would know about it.

The company’s next pay-per-view event is SummerSlam. WWE has a history of surprises leading to the biggest party of the summer. WWE withholding information in such a fashion could also point toward the possibility of a big July 19th surprise.