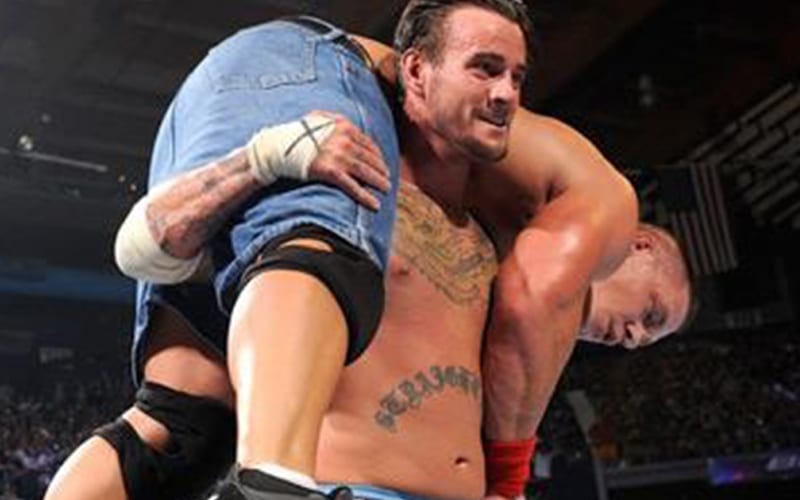 CM Punk remembers his WWE career even though he’ll likely never wrestle again. There might be parts he would like to forget, but 2011’s Money In The Bank pay-per-view will always be special.

Punk sent out a tweet to give credit to John Cena and Scott Armstrong for being a part of that special night in Chicago. He also thanked his hometown fans who watched the match go down live.

John Cena didn’t respond to Punk with words, but he did get back to him via Instagram. Cena doesn’t post any caption to photos on Instagram. He lets the image to the talking for him. It was pretty obvious that he was sending a little nod right back to CM Punk with the picture he picked for Instagram.

Cena used a lot more words on Twitter as he reacted to Punk’s tweet. He posted a photo of himself handing some cash to Punk because he apparently bet on himself.

I bet on myself that night, the usual amount. Not a smart wager choosing the guy who can’t wrestle over the best in the world, but I’d like to think we all won that night. Thank you for allowing me to be part of something so many were entertained by.

CM Punk blew a kiss as he escaped with the WWE Championship. That same image now appears on John Cena’s Instagram timeline as a sign that he certainly remembers that day as well.

John Cena and CM Punk had a few battles over the years, but most prefer this night in Chicago, for obvious reasons. It was a huge surprise that fans are still talking about nine years later.