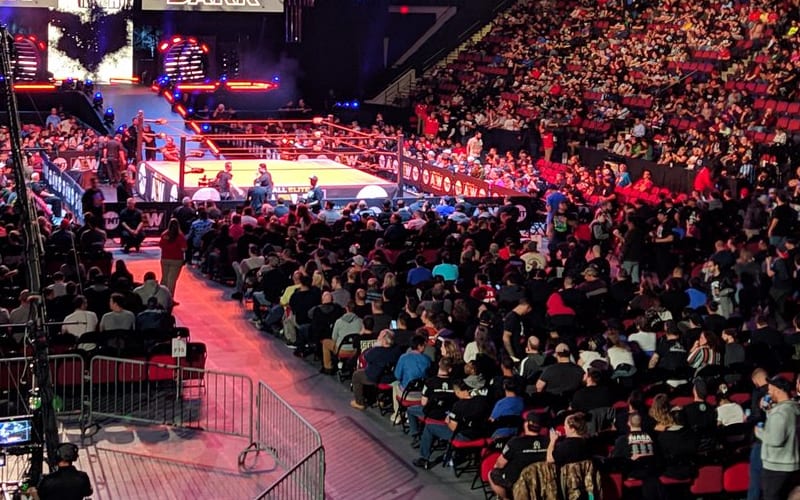 AEW had an entire schedule full of live events, but they had to wipe that slate clean when moving to Daily’s Place. The company let select invited fans in the building, but they were placed in another area of the venue. Will fans actually be back in 2020?

The Jacksonville Jaguars announced that they will all fans in, but that 25% capacity number might not be the same for AEW as Tony Khan explained. While speaking to the New York Post, Khan was asked about AEW bringing fans back by the end of 2020.

Khan stated that AEW works week to week, unlike the Jaguars. They also “don’t want to get out in front” of themselves in that regard. There is potential to bring back fans, but Khan is looking at examples all around the world to see what is the best way to go abou things.

I think it’s too early to say. I don’t want to get out in front of ourselves. I think there’s potential when you’ve seen what other countries have done, but we probably have a long way to go ourselves before we can do that. I think all sports are struggling with the same questions in America right now.

The Jaguars are making a choice for their stadium, whereas, they are planning in a few months and we’re kind of going week to week here (at AEW) and I think that’s a general kind of plan for the Jags. We haven’t for the Jags released a seating plan, what that 25 percent would look like and I think there are still a lot of questions to be answered before we get into playing football games. Fulham, on the other hand, we’re playing with no fans in England and piping in crowd noise, which the broadcast people have enjoyed.

All Elite Wrestling handled the pandemic differently from their pro wrestling competition. They had a strict protocol for months prior to the big outbreak in WWE. AEW tests everyone before they are allowed in their bubble. This included Tony Schiavone who was unable to make it to this week’s Dynamite due to issues with getting his test back in time.

Fans will return to AEW events, but they’re not rushing things. Tony Khan doesn’t seem to be in too big of a hurry and he wants to do things the correct way.