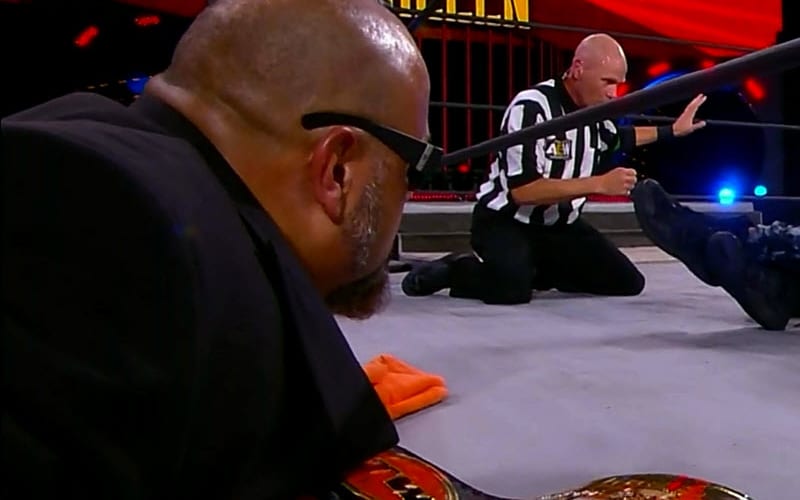 Jon Moxley and Brian Cage were set to do battle at Fyter Fest, but that didn’t take place as planned. Their match was moved to Fight For The Fallen, and it ended with Taz throwing in his orange towel.

Click here for our complete coverage for AEW Fight For The Fallen.

Brian Cage just came off a surgery that Moxley was trying to undo. Taz realized this and decided that Cage needed to fight again another day. Since The Machine wasn’t giving up, Taz did the best thing he could in the situation.

Taz fired off a tweet for fans who didn’t understand why he threw in the towel for Brian Cage. He stated that he would do the exact same thing again if given the opportunity.

some of you DO understand why I did what I did during the #AEW World Title match between @JonMoxley v @MrGMSI_BCage…but for those who are mad about it, understand this I would do the exact same thing in that same situation again. #AEWDynamite

Brian Cage’s journey toward the AEW World Title might not be over. He is still the FTW Champion so that could be a title that earns esteem in AEW as well.

The book likely isn’t closed for Brian Cage and Jon Moxley. The end of Fight For The Fallen should have told that story as it ended in a big pull-apart. Darby Allin’s return to AEW could also provide a new opponent for Brian Cage.