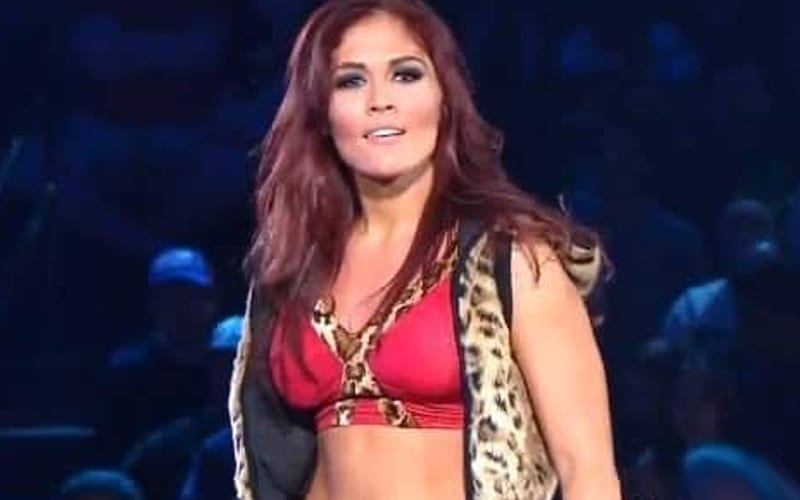 AEW is not finished bringing in names that fans know already. Tony Khan hinted this week that they’re looking to bring even more performers into the company. Ivelisse has already made her AEW debut, but she’ll be back next week for a match.

Some fans noticed Ivelisse on Dynamite this week. She was in the front row during Fight For The Fallen. Ivelisse had her face covered, but that’s usually how she appears so fans were able to spot her quickly.

Ivelisse posted a short video showing herself in the AEW crowd. The comment she left on the video signified that she knew what kind of reaction her appearance would bring from fans.

”And they all lose their minds…”

Ivelisse was in the Women’s Casino Battle Royal at AEW All Out on August 31, 2019. Now she is coming back to the company nearly a year later. Let’s see if she continues to appear for AEW, or this could be her yearly drop-in.

Hikaru Shida’s promo during Fight For The Fallen invited any female to the company who wants a shot. They lost Kris Statlander and Britt Baker in very short order due to injuries. Perhaps AEW is looking to bulk up their women’s division and they’re starting with Ivelisse.