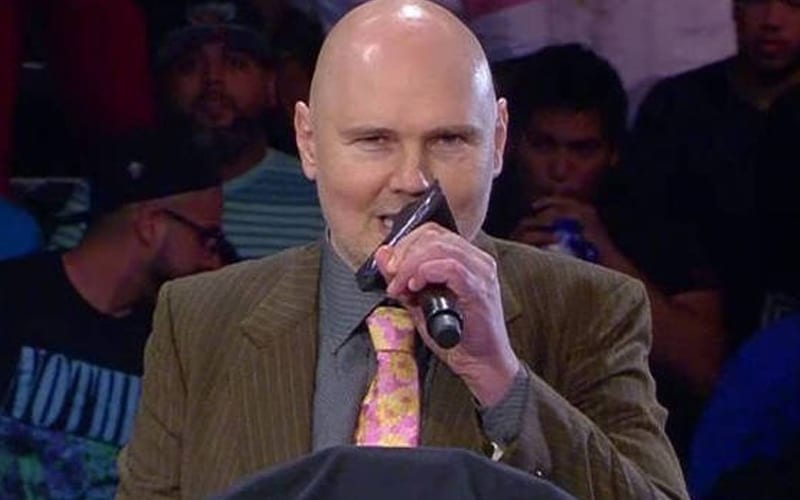 Billy Corgan has addressed the rumor that the NWA is closing their doors. This rumor was started by Raven as he spoke to the Hannibal TV YouTube channel.

The NWA hasn’t been able to shoot an episode of Powerrr for a while due to the pandemic. Dave Lagana left the company recently as well. All of those things including Jim Cornette’s dismissal from the company was rumored to have contributed to Corgan shutting down. The fact is that he is not shutting down.

A quick note about the National Wrestling Alliance, which I fought for, and won ownership of a few years back. We are NOT shutting down. So please disregard any and all rumor to [that] effect. The NWA is not and will not be for sale, and those talent who are under contract remain under contract for a reason: which is that we at the NWA are trying to figure out a way to provide our great fans with wrestling in a very, very tough environment. And, most importantly, keep our talent safe and the standard of production you’ve come to expect from us at a high level. Anything less, in my opinion, is unacceptable. So yes, appreciate the interest, appreciate the chatter, but don’t appreciate the unsourced rumors and speculation.

This should shut down the rumors that the NWA is closing. They just need to figure out a few complicated issues when it comes to shooting television.

If the NWA records Powerrr as they did the last time it could work. They recorded multiple episodes at a time and did so for a couple of days. They might be forced to create a “bubble” and go through a testing process, but it’s not impossible for Powerrr to tape new episodes.

There are a lot of unanswered questions right now, but Billy Corgan made it clear that the National Wrestling Alliance isn’t shutting down.