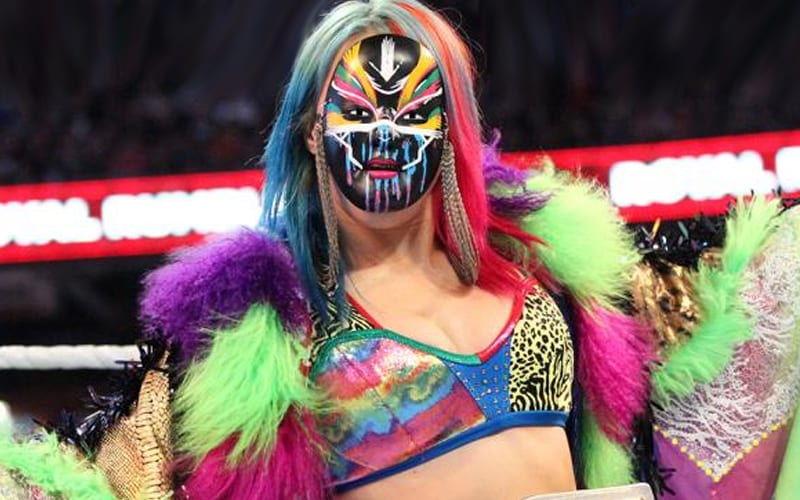 Asuka is the current RAW Women’s Champion and set to take on Sasha Banks during the Horror Show at Extreme Rules. She has seen a lot change in WWE since she entered the company including Evolution.

WWE doesn’t seem to be holding Evolution II this year. An August 30th event it expected, but as Ringside News exclusively reported it’s not currently in the plans. Asuka witnessed Evolution the first time around and saw how it changed the company.

Asuka stated as she spoke to Vicente Beltrán via an interpreter that after WWE held their Evolution event the “panorama” changed as WWE’s outlook allowed for more stellar women’s matches in the company. She also considers herself a real difference maker in that regard.

“WWE has changed a lot since the WWE Evolution PPV, women did not have a leading role, there were no main events starring women. After Evolution on the panorama changed and now we have stellar battles, either individually or in pairs and all I want is to continue maintaining that level and continue to leave the women’s division at the top. I consider that I came to WWE and completely changed the women’s division and I am very proud of it.”

Asuka received a ton of praise for her role as a WWE Superstar. Becky Lynch said Asuka can do it all as a wife, mother, and warrior. We’ll have to see what’s next for Asuka in WWE, but she doesn’t seem to be slowing down.

How would you continue to book Asuka in WWE? Are there any dream matches left for her to have? Sound off in the comments below!