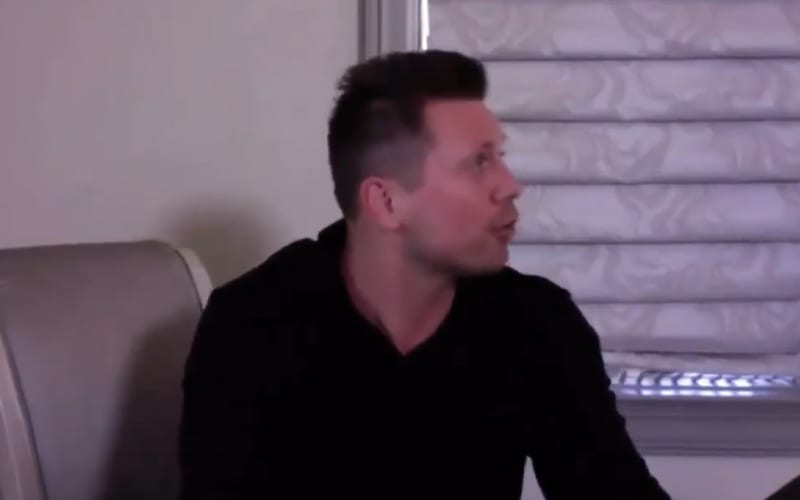 Xavier Woods’ UpUpDownDown YouTube channel features him and a plethora of other WWE Superstars playing games and having a good time in general. The group of Superstars stream together, play video-games, compete and have friendly banter all the time.

On a recent stream, Xavier Woods was joined by Tyler Breeze, Cesaro, Adam Cole, Samoa Joe, and The Miz. Gaming can be too immersive sometimes and it brings out the most unfiltered reactions from people from time to time.

Naturally, the Superstars involved in these gaming streams shout and scream a lot. However, this didn’t sit well with The Miz’s wife Maryse.

The Miz received a verbal beating from Maryse for screaming loudly during his match against Breeze and not respecting the fact that she was trying to concentrate on her work. The A-Lister apologized to her and asked her if he could get back to gaming with his friends.

Meanwhile, the other Superstars were laughing out loud and taking jabs at The Miz. A surprised Tyler Breeze asked The Miz if he just got “scolded” and Cesaro let him know that he got “schooled twice” – once by Breeze and then by his wife.

Adam Cole kept laughing the entire time while Samoa Joe asked Tyler Breeze to end things quickly in the game because The Miz might “need to go to bed soon”.

An embarrassed Miz dropped the F-bomb and asked the others to get back to playing the game again.

You can watch the hilarious video of The Miz getting scolded by Maryse below.